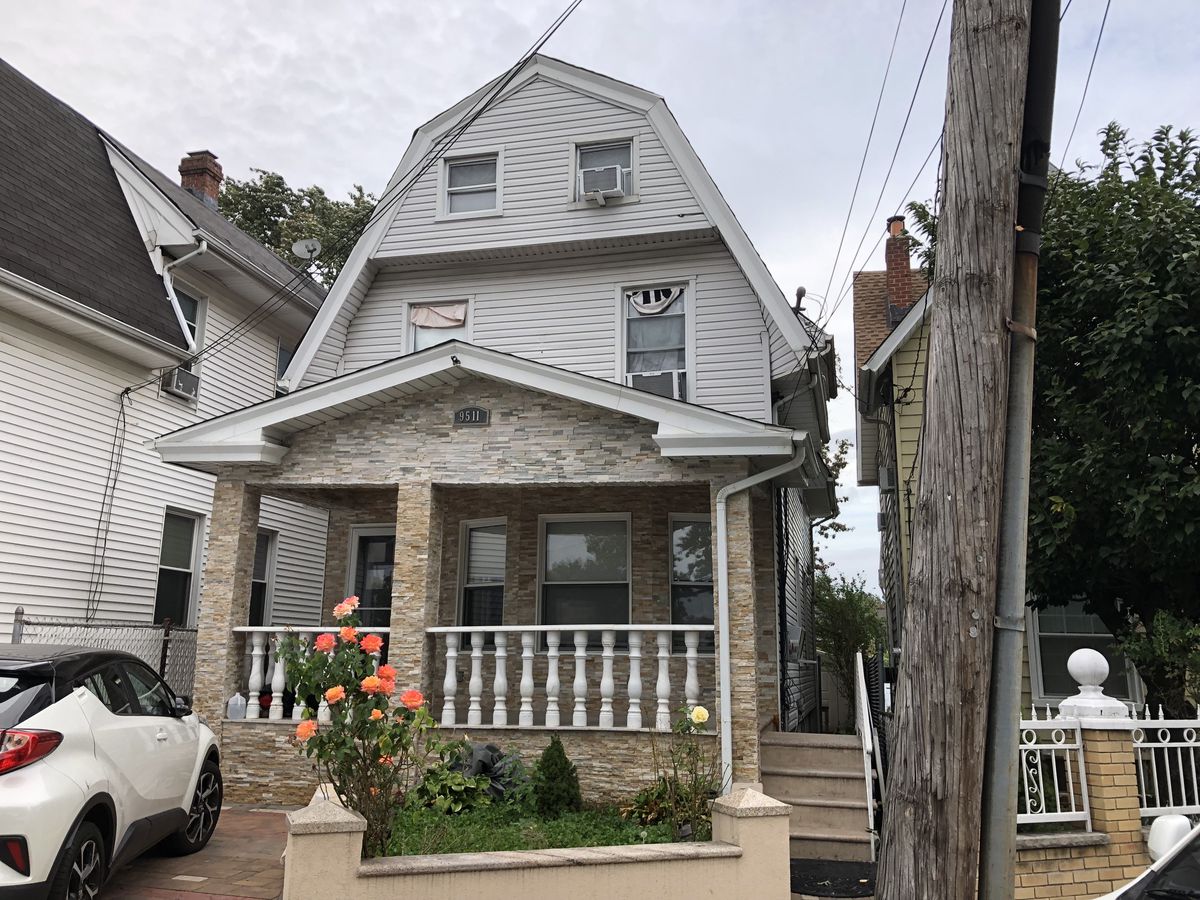 A duplicitous NYPD veteran is accused of scamming eight apartment hunters by posing as the owner of his rented Queens home, collecting a security deposit and first month’s rent from his victims before disappearing, the Daily News has learned.

Officer Burban Pierre advertised his rented basement apartment in Ozone Park via Craigslist over a four-month stretch in which prospective tenants paid up to $2,800 in move-in costs for the leased space that he called home, according to a victim and one of his neighbors.

Vivian Griffith answered the officer’s ad in April, recalling how she texted Pierre, signed a lease and paid $2,200 upfront for security and rent. But the frustrated woman was never able to move inside, and neighbors eventually alerted her to the officer’s ongoing swindle.

“I knocked on the people’s door upstairs,” she recalled. “They answered and said, ‘Pierre is the tenant living downstairs.’ I showed them the lease. They said, ‘Oh, he’s good. You’re the eighth one. We’ve had eight people come here on this.’ He never told me he was a cop.”

But Pierre, who earned nearly $130,000 on the job last year, definitely told her the building belonged to him, Griffith added.

“I feel very upset with the fact that this comes from an officer who is supposed to protect and serve,” added the mother of two daughters. “It’s shocking that a police officer would go to such lengths to take from people who don’t have. It’s disheartening and upsetting.”

The NYPD confirmed an investigation targeting Pierre, who joined the department in 2010 and was recently moved to the Bronx Court section after working in a pair of Manhattan precincts.

“The matter is under investigation by the Internal Affairs Bureau,” said NYPD spokeswoman Sgt. Jessica McRorie. “The officer’s current duty status is modified.”

The Queens district attorney declined to comment. Attempts to reach Pierre for comment were unsuccessful, with his cell phone disconnected, and a Police Benevolent Association attorney said he had yet to hear about the ongoing probe.

The building landlord confirmed that he was tipped to the officer’s lucrative racket about two months ago and quickly gave Pierre the heave-ho.

“Yes, I heard the rumors,” he told reporters. “When I heard about it, he had to go.”

The cop’s neighbor Acuarela Santos, 29, recalled the parade of apartment seekers responding to the ad posted by Pierre, followed by three NYPD visits to her home after the victims reported the supposed money grab.

“He was a real liar,” said the stay-at-home mom, who lived one floor above Pierre. “I couldn’t believe he was a cop. … Some people said they paid $2,800 — sometimes less, sometimes more. A lot of people were angry. Some people would be crying about the money.”

Griffith said she grew suspicious as her May 31 move-in date was delayed by various excuses. Pierre initially claimed another tenant was refusing to leave, even as he was living in the apartment, and later blamed code violations that required repair work, she recalled.

“The last time I spoke to Burban, he told me he had to go to Florida for a funeral,” said Griffith. “I haven’t heard from him since.”