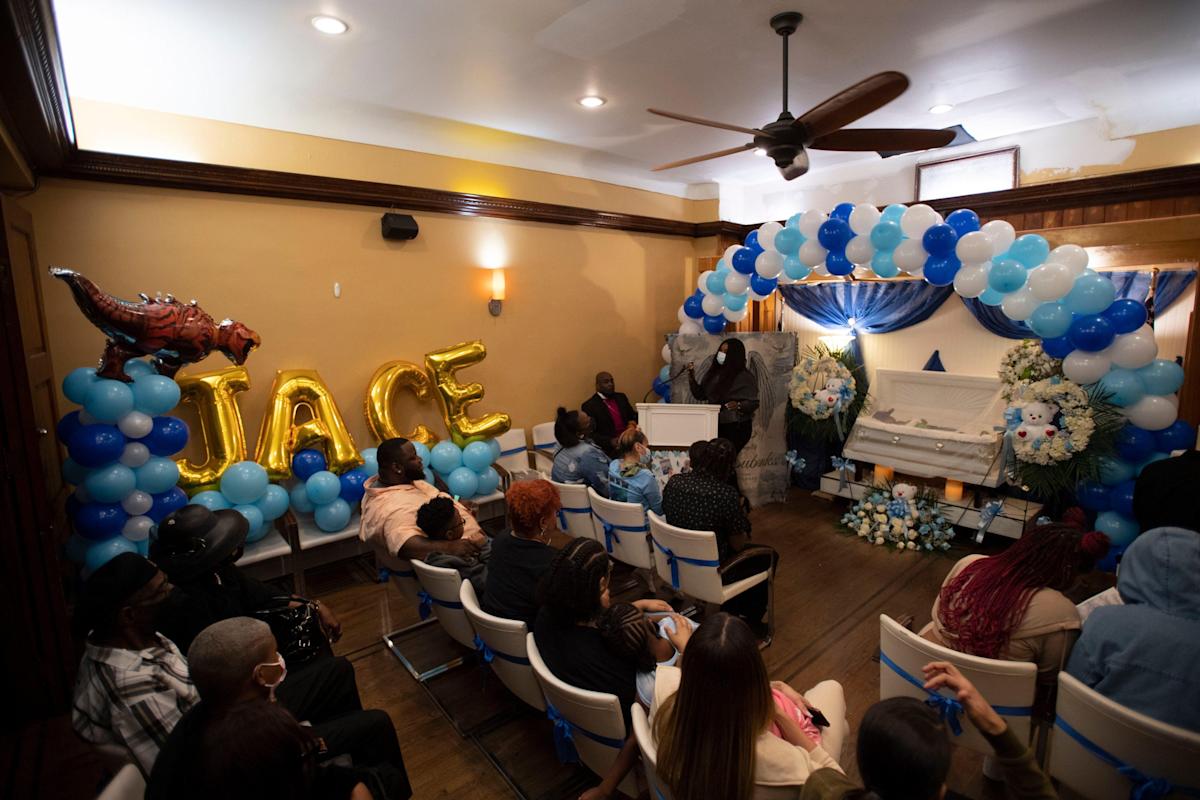 A 5-year-old Brooklyn boy, witness to his kid brother’s fatal beating, lives each day with the specter of his sibling’s death.

“Everywhere he goes he spurts out, ‘My brother is dead, my brother is dead. Jeremiah’s killed him, he’s in jail now,’” said Barbara DelValle, the boys’ maternal grandmother. “My grandson is going to need a whole lot of help for the rest of his life.

“He’s angry. He’s very angry. And at 5 years old, he doesn’t know how to express himself.”

As Johnson, 27, remains behind bars on Rikers Island pending a Nov. 10 court date for his murder charge, both DelValle and the boys’ mom feel they were let down by the city’s Administration for Childrens’ Services.

The agency was called several weeks before the death after teachers noticed scratches on the two brothers when they came to school.

“(My daughter) said, ‘I wish ACS would have took him. I would rather have had an ACS case than a dead body,’” said DelValle.

ACS, without commenting directly on the investigation, issued a statement offering support for the family.

“The death of Jayce is a terrible tragedy, and we mourn his loss,” the agency said. “We are conducting an intensive review of this case to ensure that we are doing everything possible to keep children safe and families supported.”

According to DelValle and court papers, the 6-foot, 160-pound Johnson was annoyed by little Jace’s devotion to his mom. The boyfriend then took it upon himself to “toughen up” the child as the 5-year-old sibling stood nearby, the violent details of Jace’s final moments of life burned into his head.

“His brother heard his last words,” said grandfather James Carter Jr., 37, at last Thursday’s heartbreaking wake for Jace. “That’s why we will have justice for Jace.”

An autopsy on the tiny victim revealed multiple injuries, both old and new, inflicted in the Brooklyn house of horrors: A healing skull fracture and recent rib fractures; multiple bruises and abrasions to his body, limbs, back and abdomen; and bite marks on both ears, according to the Brooklyn District Attorney.

The little boy wore a blue vest, a matching bowtie and a Mets cap inside a small white casket at his Brooklyn funeral, an arc of blue and white balloons floating above. Family members wept at the sight, and some mourners wore black T-shirts reading “Justice for Jace.”

An old Brooklyn neighbor of Johnson recalled how she was stunned to hear about the arrest of a man who once came to her home and played alongside her son.

“He never looked for trouble,” the woman said. “I don’t know what happened to him in his head. I’ve know him since he was little. It’s very hard.”

Mom Rickia DelValle wept as she addressed both Jace inside the casket and the heartbreak that she lives with every day.