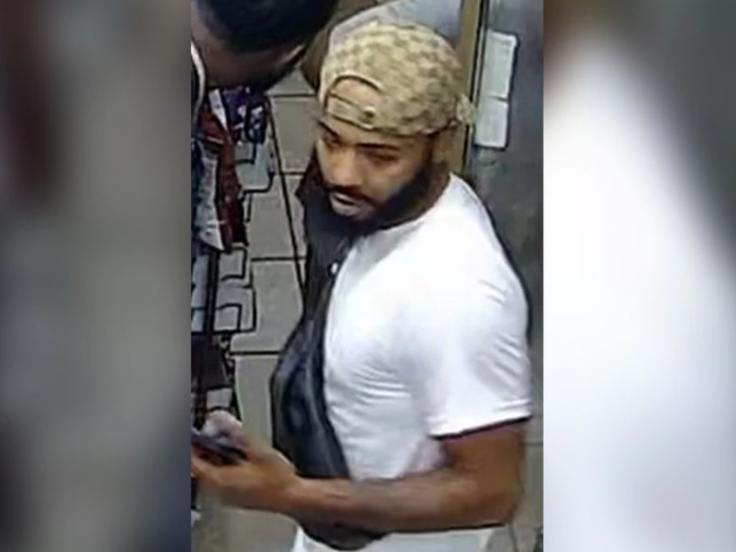 Police on Wednesday released surveillance images of a man sought for questioning in the death of a 31-year-old man gunned down at a Harlem barbecue, officials said.

The man being sought, last seen sporting a beard and a beige checker-board baseball cap, is considered a person of interest in the murder of Tamel Jackson-Breland, who was fatally shot on W. 140th St. near Frederick Douglass Blvd. on June 21, cops said.

Jackson-Breland was dropped off at Harlem Hospital by a woman driving a blue vehicle about 2:35 a.m. He died a short time later from gunshot wounds to the back.

In September 2012, when Jackson-Breland was 22, he was shot in the head during an argument with a teen gunman at a cookout in a schoolyard on E. 111th St. in East Harlem. The bullet passed through his brain but somehow didn’t kill him.

Jackson-Breland was living in upstate Middletown when he was killed, according to cops. He had a criminal past dating back to at least 2006 when police in Middletown arrested him for gun possession at age 17, according to the Times Herald-Record.

Cops released the surveillance images of their suspect in the hopes someone recognizes him. Anyone with information is asked to call Crime Stoppers at (800) 577-TIPS. All calls will be kept confidential.