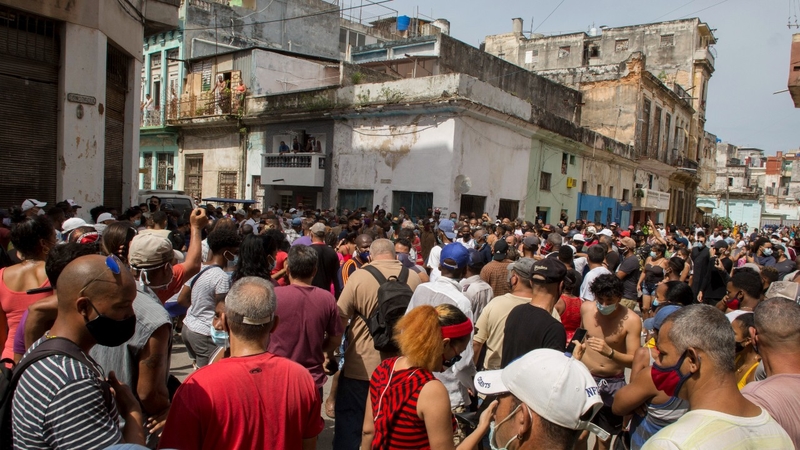 Historians say Cuba hasn’t seen protests like what they are experiencing in decades and local Cuban Americans are frustrated.

In a country known to crack down on resistance, Cubans are staying silent no longer.

Thousands of protesters took to the streets as outrage builds over severe food and medical shortages.

It comes as economic conditions worsen and the number of COVID cases grow.

Cuba’s leaders are calling on those loyal to the regime to confront the protesters.

Inside Jose Marti Park on Monday, a typically fun game of dominoes was overshadowed by news of home.

“The U.S. and Cuba need to come to an agreement, because things are bad, Cuba is in a total crisis,” one resident said.

Historians say this moment in time is unprecedented.

“There have never been mass protests against the government in the last 60 years,” NYU Professor and author Ada Fererr said.

“The embargo doesn’t explain all the ills happening in Cuba right, the government has not figured out how to create a stable productive economy,” Ferrer said.

Some are calling on President Joe Biden to step in and lift the blockade on remittances.

“The United States stands firmly with the people of Cuba as they assert their universal rights,” Biden said.

“Our message to the Cuban people is that we support you,” Sen. Bob Menendez said.

U.S. leaders have said they strongly condemn any violence or targeting of peaceful protests.