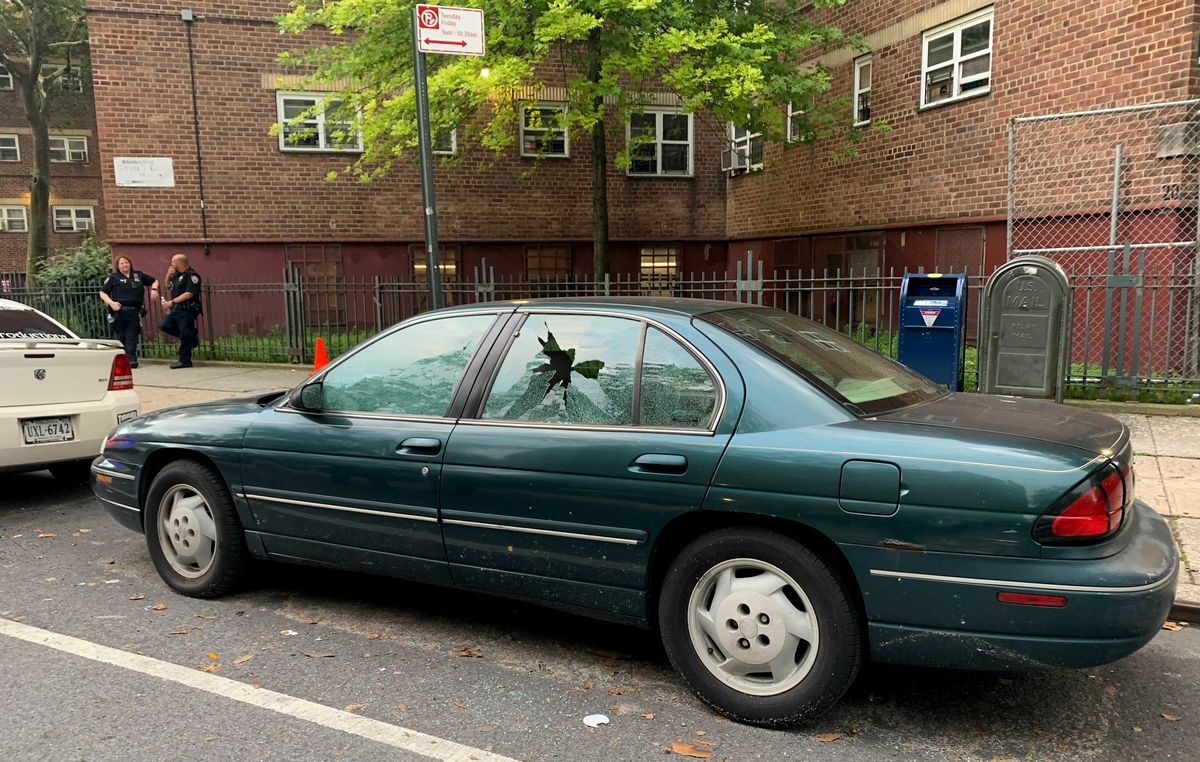 Someone randomly shot BBs onto a Brooklyn street on Saturday, injuring several pedestrians and a police officer responding to the incident.

The shooting occurred around 5:40 p.m. on Mother Gaston Blvd. in Brownsville, outside the Brownsville Houses.

“People were just walking down the sidewalk and BBs were coming out of nowhere from across the street,” said a witness who gave his name as Darryl.

“It seemed like someone was shooting them out their window, because I didn’t see no one,” Darryl said.

Darryl said he tried to escape the pellets by walking into the Brownsville Houses development.

An ambulance soon arrived to treat an injured person, and then police began to show up, Darryl said.

Someone waved down a police car, and one of the officers in the car was hit in the neck, police said. The officer’s injuries were minor, said cops.

The shooter or shooters shattered the window of a car parked on Blake Ave.

“I don’t know what these people are doing, or why,” the owner said. “There’s no reason for it.”

Police had no suspect in the shooting on Saturday evening.