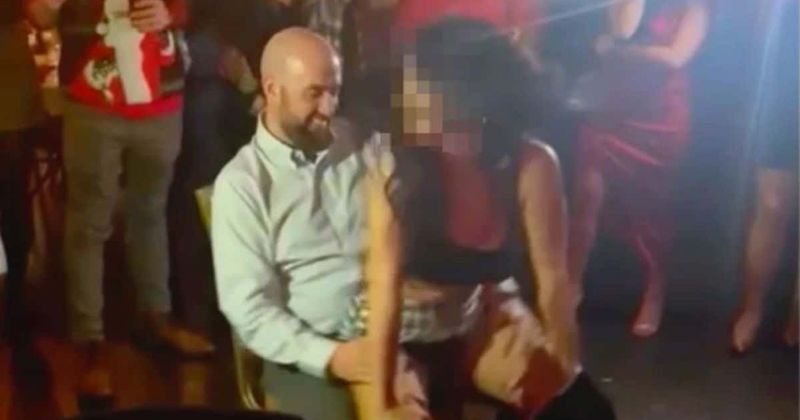 An NYPD lieutenant has been transferred to a new detail after a scantily-clad rookie cop was caught on camera giving him a lap dance during their Bronx precinct’s holiday party, sources tell the Daily News.

McGarry sat in a chair in the middle of a bar dance floor, surrounded by colleagues, as the officer bumped and grinded atop him. Some people cheered on the rookie and lieutenant. One hollered “oh my God!” Another gawker handed the lieutenant a wad of cash.

Once the lap dance concluded, McGarry and the officer shared an embrace.

The raunchy tango went down at the precinct’s holiday party last week in a Yonkers bar, sources said.

Congratulations to one of the newest members of the SBA Nicholas McGarry 👮🏼‍♀️You make us all Proud. Keep up the great work. pic.twitter.com/osz2UffIry

In April 2017, McGarry was honored on Twitter as the newest member of the Sergeants Benevolent Association.

“You make us all proud,” the tweet reads. “Keep up the great work.”

McGarry’s superiors were not pleased with the incident and transferred the lieutenant from the Concourse neighborhood precinct to the Bronx’s transit district 12, sources said. The lieutenant is married with kids, according to sources.

It was not clear if the rookie cop, who the Daily News is not naming, would be disciplined. Records indicate she joined the force this year.