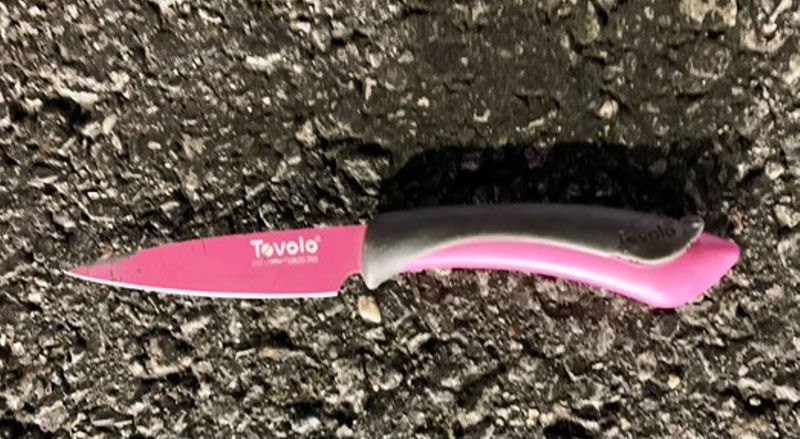 Police officers fatally shot a man who charged at them with a knife on a Brooklyn street early Monday, the NYPD said.

The uniformed officers responded to Eastern Parkway near Utica Ave. in Crown Heights after someone called 911 at 4:10 a.m. to report a man armed with a gun and a knife, according to NYPD Assistant Chief Michael Kemper.

The suspect, Kemper said, had a pink knife in one hand with his other hand tucked in his coat pocket.

“Officers gave numerous verbal commands to drop the knife and show them his hands,” Kemper said.

But the suspect “ignored the officers’ directives” and headed into the nearby Utica Ave. subway station, Kemper said, with officers following him and repeatedly telling him to drop the knife — actions captured on their body-worn cameras.

Two cops, a lieutenant and an officer, pulled their Taser and fired, to no effect, likely because the electrical charge struck the suspect’s jacket.

The suspect, knife still in hand, ran out of the station and was confronted on the street by other officers. They too told the suspect to drop the knife and surrender but he ignored them, Kemper said.

“The male began to advance towards the officers,” Kemper said, ”and then suddenly charged at them with the knife…he ran, literally ran, at one of the officers with the knife in his hand. And it was at that point where again you hear officers scream to drop the knife and the shots were fired.”

“They gave repeated orders and directions and pleas to drop the knife,” Kemper added. “They were all ignored.”

One cop fired seven times and another fired three times.

The suspect, hit in the torso, was tended to at the scene by police, with medics then taking him to Kings County Hospital, where he died. He was carrying no identification and police are trying to figure out who he is.

The cops who shot him were taken to a hospital to be treated for ringing in their ears.

The suspect’s 7-inch knife, with a 3-inch blade, was recovered by cops. There was no gun immediately found and police said it wasn’t yet clear if he had a gun at some point.

The shooting comes just four days after an off-duty NYPD lieutenant was wounded in a shootout with three muggers outside Queens nightclub. Lt. Nathan Yakubov was rushed from La Boom nightclub in Woodside to Elmhurst Hospital in critical condition early Thursday. His condition had since stabilized.

One mugger, age 20, shot by the cop died at the scene. A second, age 18, was wounded and later arrested. A third remains on the loose and has not been identified. The crooks were trying to steal the cop’s gold chains.