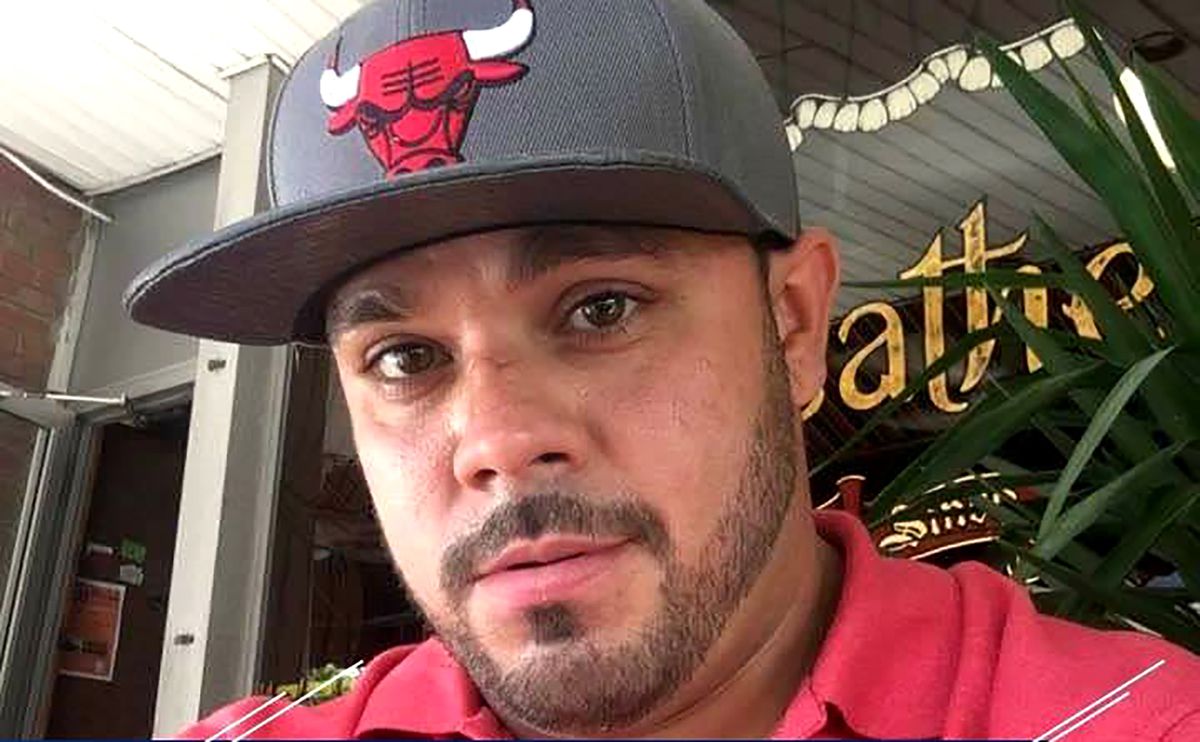 The long and complicated love life of Ernest Diaz ended with him on the wrong side of a knife, naked and bleeding to death in the lobby of a luxury Brooklyn apartment building.

Diaz’s unhinged jealous boyfriend chased him out of the shower — stabbing the victim and leaving him to die in the blood-soaked Bay Ridge vestibule on the day after Thanksgiving, according to cops.

The accused stabber, Vito Bauza, was set off by Diaz’s new coat, a gift from his newest love interest, according to a police source.

When Diaz was slain, he left behind his longtime girlfriend in Queens and their three grieving young children. And a new lady friend, who gave him the coat. And a former lover, Hank Harjo, who eventually became a surrogate father.

“This is shocking,” said Harjo, 80, who says he had a long romantic relationship with Diaz after the pair met about 16 years ago. “I never think people who love him would do something like that. This is psycho — like the movie ‘Psycho’ from Albert Hitchcock.”

The 21st-century incarnation of “Psycho” started in a shower but ended with Diaz rushed from the blood-splashed vestibule on 99th St. and Third Ave. about 2:50 p.m. Nov. 26 to NYU Langone Hospital—Brooklyn, where he died.

“Yeah, he pissed me off,” Bauza later confessed to cops, according to a police source. “So I took a knife and I stabbed him.”

“I never saw that much blood in my life,” neighbor Patricia Sacco said of the aftermath of the gruesome slaying.

Bauza, 56, surrendered a day later at the 68th Precinct stationhouse and remains held without bail on Rikers Island on murder charges.

Harjo detailed the final and fatal twist in the 40-year-old Diaz’s romantic entanglements: He was trying to break things off with Bauza to settle down with his latest flame.

Diaz and his killer were lovers for almost two decades. They maintained an unorthodox arrangement where Bauza, who comes from a family with money, served as godfather to Diaz’s kids and helped cover the victim’s bills, according to Harjo.

But the arrangement had begun to fray. Diaz and his killer quarreled about money before the slaying, a law enforcement source said.

Bauza allegedly flew into a homicidal rage when Diaz turned up at his apartment with the coat from his new girlfriend, a police source said.

Diaz went into the bathroom to take a shower. When he came out, an infuriated Bauza was waiting with the knife, the source said.

Harjo met Diaz around 2005 when the younger man was a sex worker hustling outside a Times Square post office, trying to make ends meet after the birth of his first child with his longtime girlfriend.

“After I met him, I find out he had a good personality,” continued Harjo. “So that’s what got me with him for more than 10 years.”

The two remained friends after their sexual relationship ended about six years ago. Harjo explained that Diaz grew up without a father, so the octogenarian transitioned to a role as surrogate dad.

“It’s not like legally a son because I didn’t legally adopt him,” said Harjo. “But I treat him like a son.”

And Harjo was treated like family by Diaz’s kids, who referred to him as “Uncle Hank.” Harjo’s door was always open to Diaz, who spent time at both Harjo’s Long Island City apartment and Pennsylvania country house over the years.

Diaz, after years as a security guard, took a job working nights this past summer as an off-the-books bouncer at a strip club to help support his kids, Harjo said. There was soon another romantic complication when Diaz met a woman there and they became involved.

“He found some little happiness with this woman,” explained Harjo. “Because this woman … she cooks for him, she pampers him.”

Shortly after the slaying, Diaz’s longtime girlfriend posted pictures of him with their kids on Facebook — including a shot of the beaming dad with all three kids around a Christmas tree. She declined to speak to the Daily News about the case.

“Our families right now ask that you give us our privacy,” she wrote on Facebook. “Please keep in mind that he leaves behind 3 children . . . They don’t need any misinformation or stories about their father being put front and center for a few minutes of attention.”

A woman who was a longtime friend and neighbor of Diaz when he lived in the Bronx, describing the victim as her “son from another mother,” said she was unaware of his secret life that sparked his slaying.

“With me, he was always a great person, a good husband, a good father. But besides that, I cannot tell you,” she said, asking that her name not be used. “He never talked about that. I don’t know about problems.”

Diaz was cremated, with Harjo unable to attend the funeral because his age makes it difficult to travel. They last saw each other on Nov. 17 and spoke the day before his slaying.

Harjo was left to discover the grisly details from a news story on the horrific slaying.

“I told him, ‘Hello Ernest, happy Thanksgiving,’” he recalled. “And then I didn’t hear anything.”