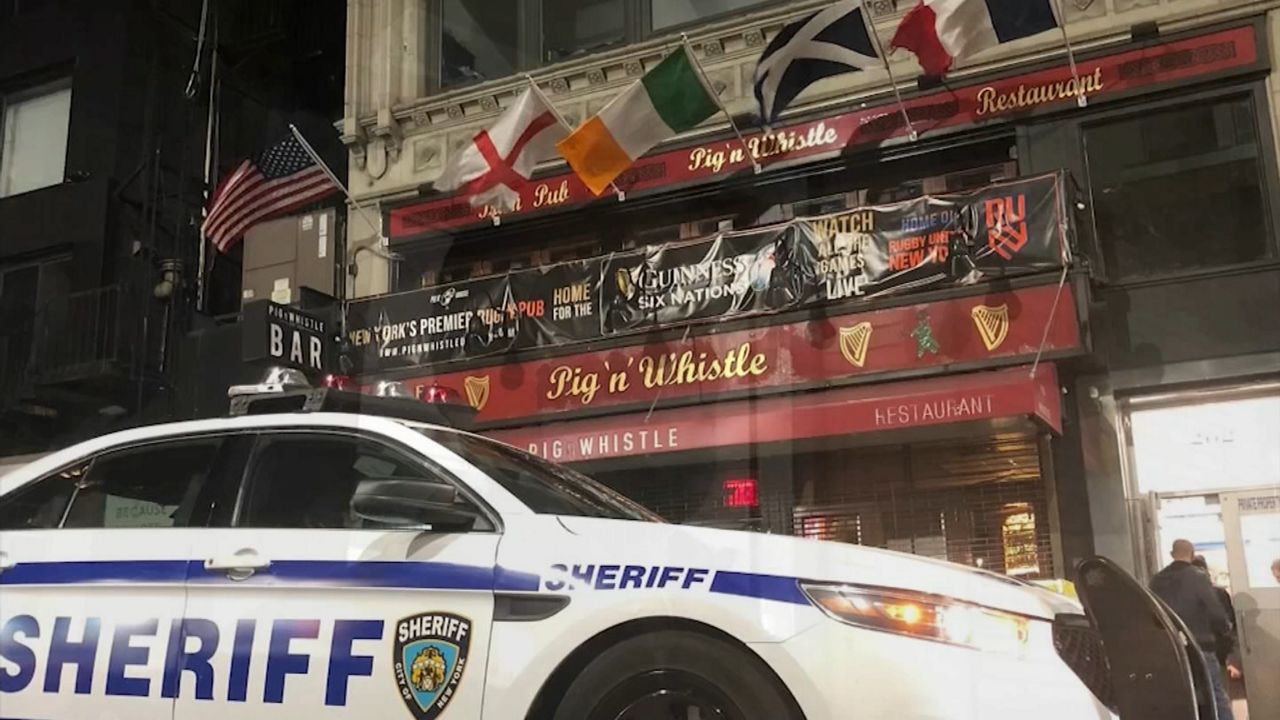 Authorities conducting surveillance at a residential address on Harrison St. near Hudson St. in Tribeca around 11 p.m. Friday saw about 40 people filing into the building.

Among the partygoers was a 17-year-old boy who officials say was “visibly intoxicated” and took a tumble down a flight of stairs.

Medics took the teen to New York-Presbyterian Hospital Lower Manhattan, where deputies stayed with him until his parents picked him up.

Party host Kurt David, 30, of Roslyn, L.I., was charged with unlawfully dealing with children and selling alcohol to a person under the age of 21. He was also charged with violating emergency orders and failure to protect health and safety, a charge the sheriffs say carries a possible $15,000 fine.

Disc jockeys Alberto Mammarella, 32, of Manhattan, and Kazutoshi Sakuma, 45, of Brooklyn, were both charged with violating emergency orders and failure to protect health and safety, which could bring each of them a $1,000 fine.

Nicolas Mora, 29, of Brooklyn, identified as a worker at the party, was charged with unlawful possession of marijuana and violating emergency orders.

Authorities said this is the second time in under a month sheriff deputies were called to the address to bust up an illegal party.