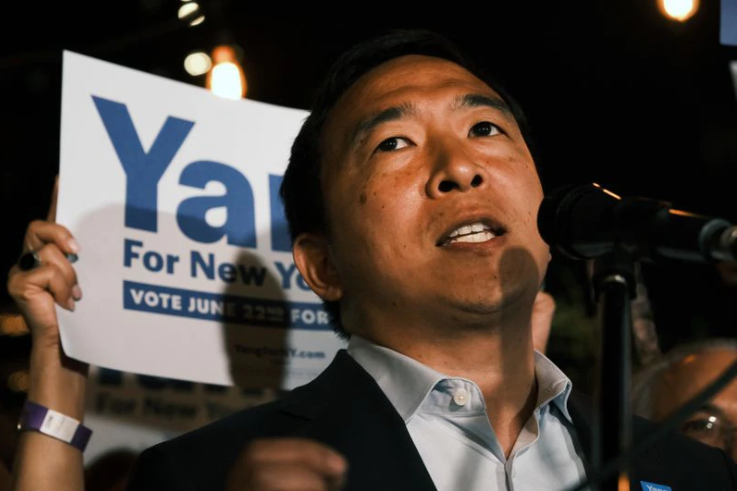 Andrew Yang gracefully bowed out of the Democratic mayoral primary Tuesday evening, telling supporters he just didn’t have the numbers to take the lead.

“You all know I am a numbers guy,” he said during a gathering of volunteers and supporters at the Yotel in Midtown Manhattan. “I’m someone who traffics in what’s happening by the numbers, and I’m not going to be the next mayor of New York City … I am conceding this race.”

It was a dramatic move from a candidate who dominated the crowded field early on.

The 46-year-old centered much of his campaign on ideas carried over from his presidential bid, including a universal basic income initiative as well as promises to revitalize the post-COVID economy and diversify the NYPD.

However, initial excitement waned and name recognition wasn’t enough in a Democratic primary that devolved at times to name-calling and accusations of racism.

“Among the things that this campaign broke ground on, we made cash relief a debate topic right here in New York City, just as it was on a national scale when I ran for president,” Yang said. “We talked about anti-Asian hate that has racked our city and brought that to the forefront of the national media because of what was happening right here in New York.

“I am conceding this race, though we’re not sure, ultimately, who the next mayor is going to be. But whoever that person is, I will be very happy to work with them,” he added.