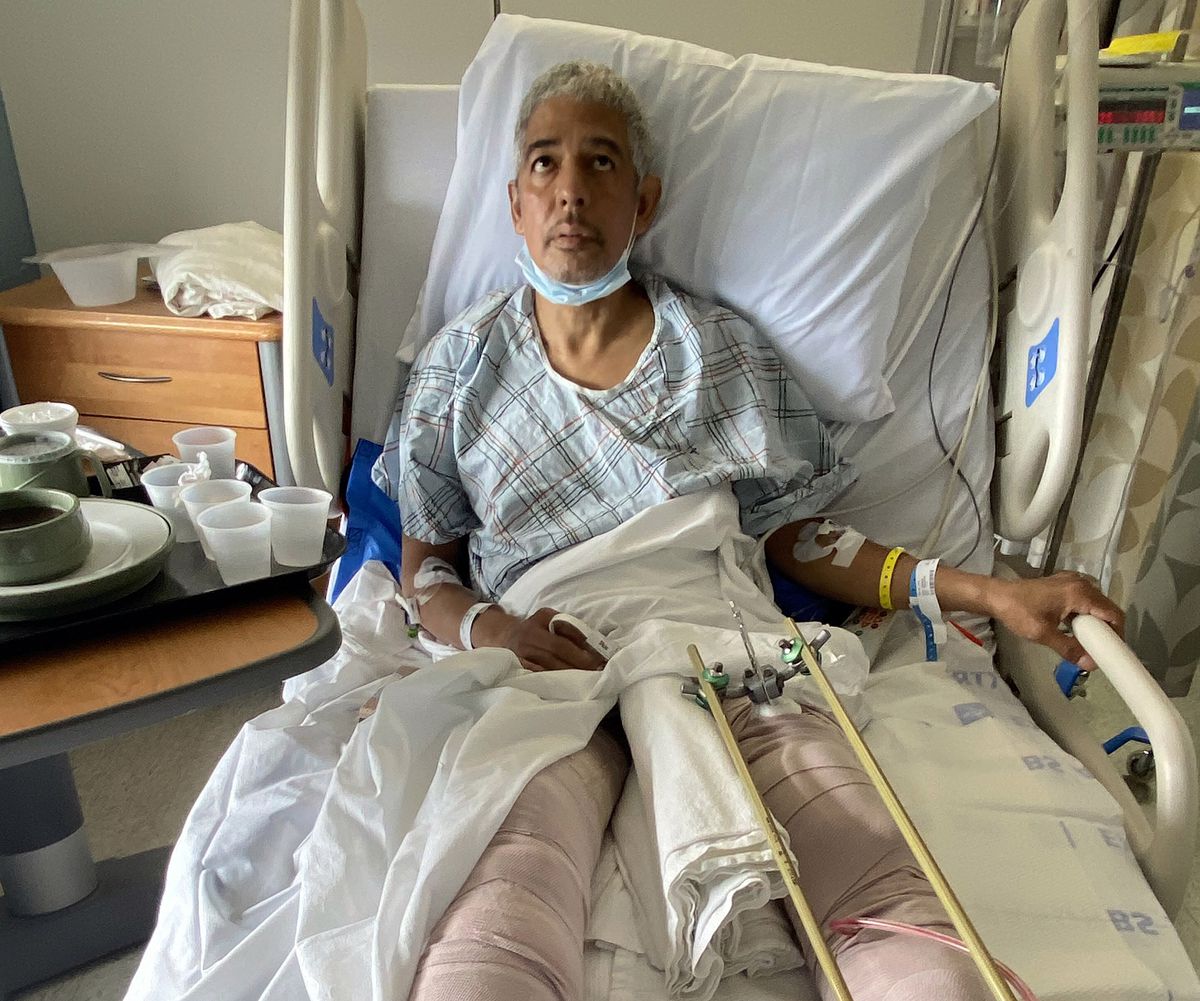 He saved a stranger’s life ― and ended up losing a leg.

A Manhattan man who legs were crushed by an out-of-control SUV a split second after he alerted another pedestrian to jump out of the way was told one of his damaged limbs will have to be amputated.

“The left leg … the doctor said it’s not savable,” Jose Colon told the Daily News from his hospital bed Monday.

Colon, 60, was pinned against the wall of a Harlem deli Sunday night by a gray Honda SUV that had collided with another vehicle at 135th St. and Broadway before jumping the curb.

Surveillance video shows Colon walking toward the store when the SUV veers onto the sidewalk headed straight for him and another man standing nearby.

Colon can be seen gesturing to the other pedestrian, whose back is turned and eating out of a takeout container unaware of the approaching danger.

Alerted by Colon, the man steps back and dives to the pavement away from the speeding vehicle.

Colon was not so lucky. The video shows him trying to run inside the store when the Honda smashes into him. He disappears from view in a shower of flying glass and debris.

The man saved by Colon gets up and walks away.

“I went to buy some chicken nuggets and this car came like 60, 70 miles a hour,” said Colon, who never lost consciousness throughout the ordeal.

“I was on the floor. I said call 911 and the cops came and everybody came.”

The Washington Heights resident and his partner, Gladys Caraballo, had been visiting friends in Harlem when they decided to stop at the deli at about 6:30 p.m., just as a white SUV collided with the Honda and sent it careening over the curb into the storefront.

“Jose was telling the other person to move out of the way,” said Caraballo’s daughter, Doris Castro. “You could say he saved the other guy’s life.”

Caraballo, 78, who was in a nearby store, became hysterical and blacked out after the accident but was helped by a good Samaritan who helped calm her down, her daughter said.

Castro said it’s hard to believe Colon survived the gruesome crash, judging from the terrifying images on the video.

“From the video I saw, I said I can’t believe it, just from the impact alone,” she said.

Colon said he couldn’t believe it either.

“That’s what everyone is telling me,” he said.

After surgery on his leg, Colon faces rehabilitation and a long road to recovery, but Castro said she is confident he will triumph.