Connecticut teacher raised over $40,000 to help his neighbors with groceries during the pandemic. Then he got a $16,000 tax bill 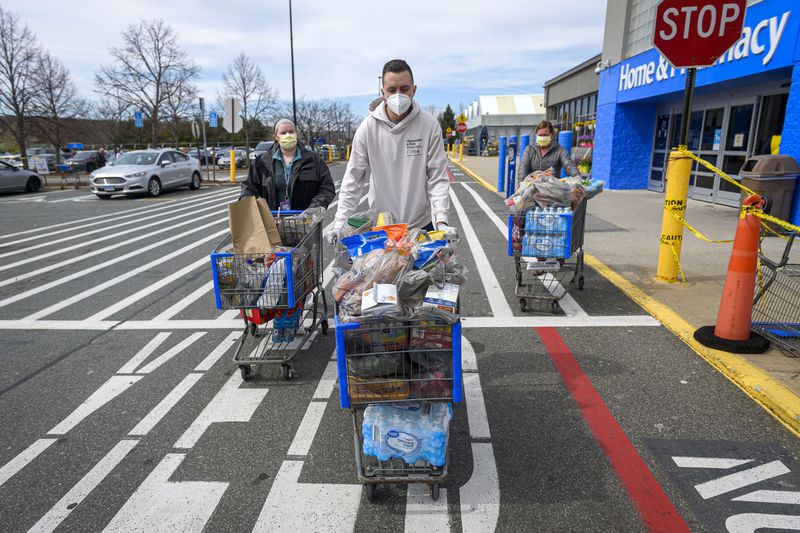 Last April, Louis Goffinet, a 27-year-old middle school teacher from Mansfield, started grocery shopping for elderly neighbors who were afraid to go to the store at the start of the pandemic.

Goffinet ended up raising $41,000 over the course of the year, via two Facebook fundraisers, and helped hundreds of local families with groceries, rent money and holiday gifts.

But it came with an unintended price. Goffinet received a 1099 form in January from Facebook stating that he owed $16,031 in income tax on the money he had raised.

“I was so shocked,” Goffinet said. “When I think about the mental spot I was in at the end of January, coming off a second fundraiser that was quite a lot of work — busy weekends coordinating Thanksgiving, holiday gifts — to get what I perceived as a bill in the mail for $16,000 was just shocking.”

Goffinet has been in touch with accountants, including Dawn Brolin, a CPA from Windham, who he said is going to help him. The tax bill is due May 17.

“She’s going to find a way we can file my taxes appropriately,” he said. “That could mean a few different things. It will likely still result in some sort of a tax burden, but she can’t quantify it yet until we sit down next week and pull up all my records.”

Facebook’s rules state that funds received through a personal fundraiser on Facebook may be taxable, and if more than $20,000 is raised, a 1099 form will be issued by Stripe, the company that processes payments for the fundraisers for Facebook.

Goffinet wasn’t thinking about any of this when he started fundraising.

“I was getting mixed messages as I was looking into it,” he said. “On one hand, if it was a charitable deduction, that it would not impact me; on the other hand, I was not an official charity or nonprofit because I really had such small ambitions when I set this up.

“It became dramatically bigger than I thought. My original goal was to raise $200 to help one family with groceries. I was already doubting myself when I set that up, that people in town are not going to want to pay for someone else’s groceries.”

Goffinet was teaching online at Lebanon Middle School at the time, but the demand for his services was high, and he spent a lot of time at the grocery store, sometimes making nine trips in one day. He tracked 140 grocery trips on a spreadsheet he kept, along with providing Friday night dinners for 125 families, holiday gift cards for 20 families so they could buy gifts for their children, 31 Thanksgiving dinners and he assisted five families in paying rent. Local businesses, like Domino’s Pizza in Storrs, contributed food to the effort.

“When we raised money, it was primarily spent on groceries,” he said. “That’s where the bulk of the funds went.

“Yeah, it is in the terms. Maybe it’s naïve, but I didn’t think it applied to me. It wasn’t like I was raising $41,000 through Facebook for myself.”

Because he did not set up an official charity, Goffinet said he would deposit the money in his bank account and then spend it on the groceries or whatever the families needed.

Now Goffinet, an eighth-grade teacher at Mansfield Middle School who helps coach the track team and is in the process of getting his master’s degree, is in the awkward position of soliciting donations to pay his tax bill — but not through Facebook. So far, people have sent him $2,000 via check to a post office box toward the tax bill.

“It’s so uncomfortable [to ask],” he said. “I had a similar discomfort when I set up the fundraiser. This is a pandemic. People are in a tough spot. It feels weird to be asking anyone for money. And now to be asking it purely for myself is so bizarre and really out of my comfort zone.”