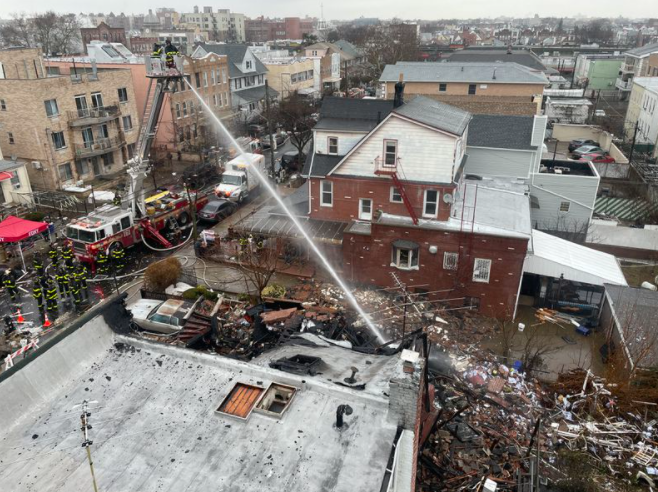 A Brooklyn home was leveled Friday morning by what appears to be a gas explosion, authorities said.

There were no reported injuries, Mayor Adams said at the scene — Bay 35th St. near Benson Ave. in Bensonhurst — but a woman who lives on the block interrupted him and said she and others had been complaining about a gas odor for months.

“We smelled [gas] a half year ago,” said Viktoria Filatov, 31. “I had COVID so I don’t smell very well, but the gas I smell very well. How do we prevent this situation?

“The problem is that we were complaining many times before it happened.”

An FDNY official later told Filatov there were no documented 311 or 911 calls about a gas odor on the block.

In addition to the destroyed home, smoking rubble landed on an old sedan parked in the driveway and windows were knocked out in other buildings. Residents in some of the buildings were temporarily displaced after authorities shut off their power as a precaution.