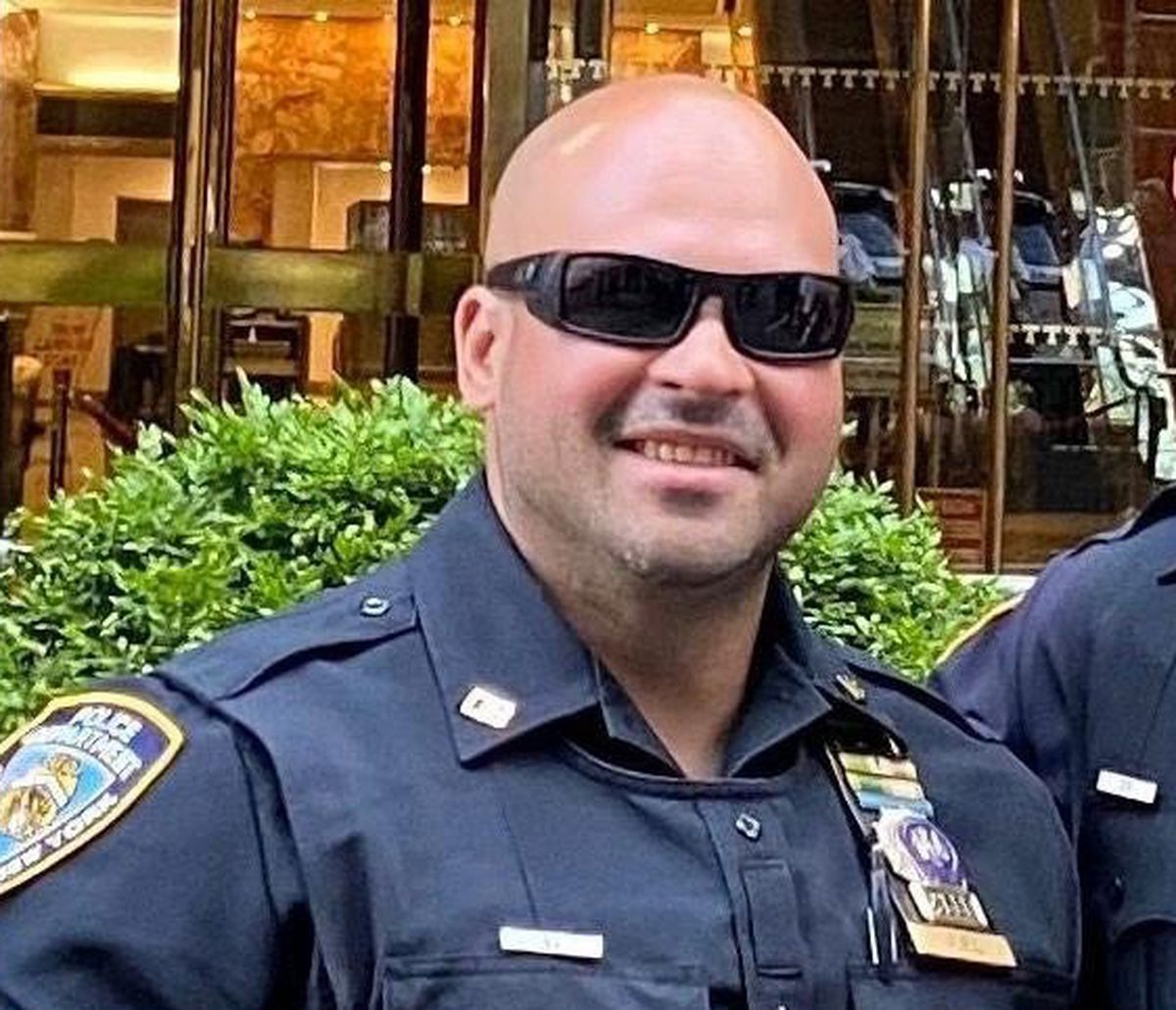 NYPD Detective David Joel fought through one pandemic, but is still battling another.

The dedicated cop, who worked through a bout with COVID-19 last year to stop a gun smuggling ring in Queens, has returned to trying to find a cure for the gun violence plaguing our city streets.

“I’m feeling good. There were no lasting effects,” Joel told the Daily News. “I’m just back to work and getting more gun cases going, because it’s more important than ever to stop these weapons from coming in. We want to hit the ground running and get this taken care of.”

Joel is assigned to an NYPD task force working with the federal Bureau of Alcohol, Tobacco, Firearms and Explosives. Together, the two agencies are trying to track down where the guns being smuggled into the city are coming from.

In March 2020, Joel, 40, was diagnosed with COVID-19. Through most of April, he was quarantined inside his home office, talking to his pregnant wife and 2-year-old son over Facetime, even though they were just down the hall.

The 19-year NYPD veteran had a fever and felt like he had a 75-pound weight on his chest, but Joel knew he couldn’t take a break, so he asked his bosses if he could continue his investigation from home.

As soon as he had permission, Joel turned his home office into a mini-command center for the duration of the pivotal investigation, dubbed “Operation: Tiger.”

“I locked myself in my office and slept on a blow-up mattress for two and a half weeks,” Joel remembered. “I was given the ability to work the case from my desktop at home and was given access to the whole case folder, so I was able to attend video conferences on the investigations with the district attorney and judges, keep the surveillance warrants active and keep the case going till we made an arrest.”

With his help, the NYPD’s Gun Violence Suppression Unit took down four people accused of smuggling guns up from Virginia to the Ravenwood Houses in Astoria, Queens.

Nearly two dozen deadly weapons, along with high-capacity magazines and ammunition, were taken off the streets after the 10-month probe, authorities said.

“This case started before the pandemic and when the pandemic came, we knew that the bad guys were going to continue doing bad things,” Joel said. “I’m just glad that the department had the technology to continue the investigation.

“It was definitely a very stressful time,” Joel said, looking back. “But I had the support of my family.”

Ten months after Operation: Tiger ended, guns are still coming into the city at a breakneck pace. As of Monday, the NYPD was fighting a 41% increase in shootings this year when compared to the same time last year.

“A lot of us take personal pride in our work,” Joel said. “Plus every gun we take off the streets could have been in someone’s hand and used to shoot a civilian, a cop or a little kid.”

If Joel gets a chance to go to the “Hometown Heroes” parade honoring essential workers, he’ll march with his fellow cops and first responders who kept working as the pandemic shut the city down.

“With all the negative things going on, it’s nice to reflect on some of the positive things,” said Joel, who was in the police academy when 9/11 occurred. “I think that people will look back on the pandemic the same way we look back on the terror attacks. They are both different things, but they both show how resilient people are.

“The World Trade Center fell to the ground and the city survived and we will do the same thing after this pandemic,” he said. “It’s a testament to the spirit of New York.”