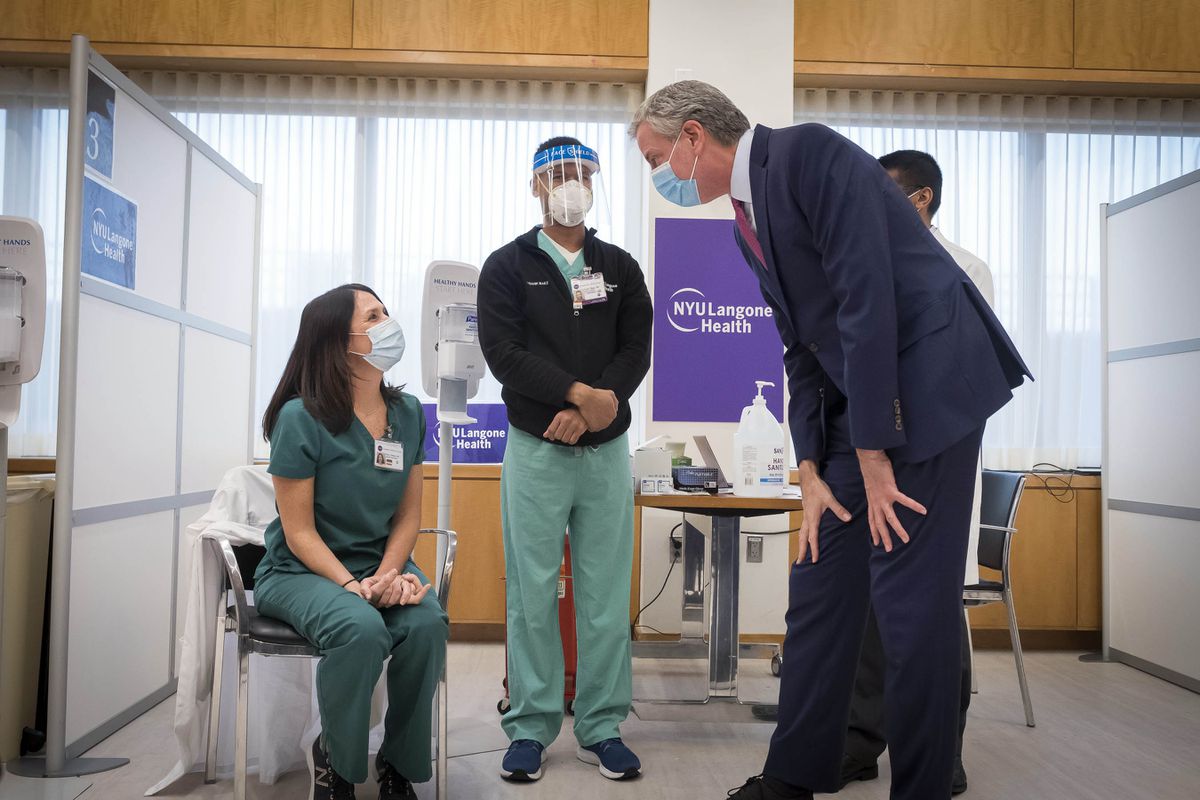 Shut it down, but not until Santa comes to town.

Mayor de Blasio said Tuesday that a full shutdown of non-essential city businesses is needed to dull the impact of a second coronavirus wave, but he’d prefer to see it begin after Christmas.

The decision to shut down is ultimately up to Gov. Cuomo, but de Blasio over the past two days has emphasized the need to institute one because of stubbornly high COVID transmission rates that could threaten to spread hospitals too thin.

The number of new cases taken over a seven-day average stood at 2,813 — five times the city’s acceptability threshold of 550. The COVID positivity rate also remained high at 5.51%, above the city’s 5% threshold.

“Clearly these numbers that I went over a moment ago, they’re going in the wrong direction,” he said at his Tuesday press briefing. “We are just on the verge of a huge breakthrough with the vaccine, but we’re also dealing with a second wave. We’ve gotta beat it back. We’ve gotta protect lives. We’ve gotta protect our hospitals.”

Worrisome COVID numbers have already prompted the state to shut down indoor dining, a move that went into effect Monday.

De Blasio has argued that more restrictions are inevitable, but said on Tuesday that a full shutdown might look different than what New Yorkers experienced in the spring, when only essential businesses like grocery stores and bodegas were permitted to remain open.

“We’re going to need to do some kind of shut down in the weeks ahead,” he said. “There may be some adjustments … but I think it’s very much going to resemble what we saw in the spring — essential work only.”

If that were to be implemented, de Blasio said his “nomination” would be for it to begin right after Christmas.

“If we implement that, with some good luck and some hard work and with the vaccine starting to help us, you know, we could be out of that in a matter of weeks,” he said.

But de Blasio noted that in the event of a shutdown, he intends to continue in-person learning in city public schools. That, though, is also ultimately a decision the state will make.

“Right now, we’re seeing extraordinary success in keeping our schools safe. I want to keep them open,” de Blasio said. “If we do have a pause, that will be a decision the state makes … [but] with this gold standard of health protections that we’ve put in place, schools can effectively keep serving kids, and kids need it.”