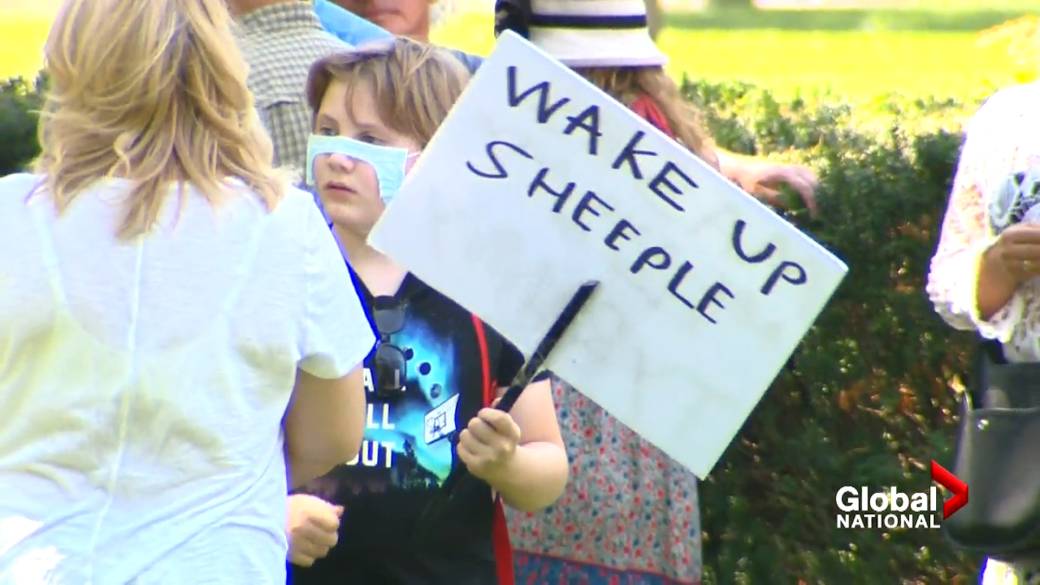 Sadly, it’s time for COVIDIOTS: The rundown we didn’t want to write. May it be the last.

In March and again in late April, the Daily News’ COVIDIOTS listings identified people who were making matters worse as the deadly COVID-19 pandemic began its spread. The good news going into 2021 is that vaccines are en route and the plague may be gone by spring.

Maybe you’ve heard that one before?

The bad news is that the infection rate in the U.S. is outrageous and nearly 300,000 Americans — far more than in any other country — have so far been killed by the virus

Doctors, nurses and medical workers have been tested like never before during the pandemic. Under siege and sometimes under-equipped, they bravely went to war with the deadly virus every day, which included being insulted by dying patients who spent their last breath insisting COVID-19 is a hoax. The altruism of frontline workers know no bounds. Then there’s Ashley Grames.

The Salem, Oregon, nurse reportedly posted video on TikTok boasting about taking off her mask once she’s off the clock, which includes traveling and taking her kids on play dates. After catching wind of her mouth-breathing behavior, her employer took action.

“This individual does not speak for Salem Health and has been placed on administrative leave pending an investigation,” the healthcare organization wrote on Facebook.

KOIN reported last week that Grames no longer works there.

If stupidity were a crime, alleged robber Richard Jiles could get a life sentence for his exploits at a Jackson, Miss., bank on Dec. 3.

The 41-year-old was busted after being caught bare-faced on security video wearing his mask around his chin while allegedly demanding an undisclosed amount of cash from a teller at Trustmark Bank.

As noted by several people on social media, not wearing a mask during a pandemic may have made Jiles look more suspicious than actually wearing one under normal circumstances. He was easily identified and arrested a couple days later.

“The ONE time in U.S. history when it’s actually okay to wear a mask in a bank and this fool here,” tweeted one heckler.

REBOUNDING FROM THIS WON’T BE EASY

Starting at forward for 2020′s All-Star team of Covidiots is Houston Rockets player Danuel House, who brought a guest to the NBA “bubble” complex, where players were quarantined at Disney World so that they could participate in the league’s post-season.

House was sent home early following what he called “the bubble situation” and his team was knocked out of the playoffs by the Los Angeles Lakers. The 27-year-old Houston native’s foul included an interesting “And one.” The woman he sneaked into the bubble is alleged to have been a COVID-19 testing official.

THIS SCIENCE TEACHER IS NO ROCKET SCIENTIST

A Ferris State University science professor who has expressed skepticism about the 1969 moon landing was put on leave last month after making outrageous claims about the COVID-19 pandemic, which included telling local news station WZZM that wearing masks is a “dehumanizing and satanic ritual.”

That “educator,” Dr. Thomas Brennan, was sidelined by the Michigan university, whose president said Brennan also made “racist, anti-Semitic and homophobic slurs” on Twitter.

He reportedly used that account to compare preventive measures to control the virus to slavery. COVID-19 has infected more than 300,000 Michiganders and killed roughly 8,500.

In a bizarre statement defending his outlandish theories, Brennan acknowledges the pandemic is real, but believes its severity is being overstated. That missive expresses concern that vaccines will someday be mandatory, which “will truly be a fulfillment of the prophecy of the mark of the beast, as described by St. John the Apostle in the Book of Revelation, Chapter 13:16-17.”

In August, he is said to have disrupted a Zoom staff meeting to inform his colleagues that “The pandemic and riots are a leftist stunt to overthrow the United States government and destroy our (civil) liberties.”

Reporting the news isn’t the same as understanding it. A reporter who’s been with Sky News for more than 30 years now has six months to, in her words, to “step back from my broadcasting role for a period of reflection” after being suspended for hosting a 60th birthday bash at a London restaurant.

Kay Burley earned her unplanned vacation time following an internal investigation that revealed she’d violated coronavirus restrictions at the Dec. 5 event that was also attended by a pair of her colleagues, who each got three month suspensions.

Members from different households are prohibited from meeting indoors in London. Burley claimed she thought she was being “COVID compliant” at the event, but took responsibility for her actions.

“The fact is I was wrong, I made a big mistake, and I am sorry,” said Burley, who has been with Sky News since the network launched in 1989.

DON’T LOOK BACK IN IGNORANCE

Oasis’ Gallagher brothers are known for disagreeing on almost everything so it’s no surprise they’re not in harmony when it comes to wearing masks.

Noel Gallagher reportedly said in September that if everyone else wears a mask to protect him, there’s no need for him to strap one on.

Though equally immodest, his younger brother proved to be a bit more wise.

“Don’t like, but it’s gotta be done think it’s a crime to hide this face,” Liam Gallagher tweeted over the summer.

BARTENDER, MAKE IT A DOUBLE

Insisting on conducting business as usual during a pandemic isn’t safe, but these are desperate times for operations like Staten Island’s Mac’s Public House. However, fleeing arrest and driving the length of a football field with a policeman on the hood of your car is harder to explain. Bar owner Daniel Presti is accused of doing both of those things.

Despite having his establishment’s liquor license taken away due to violating COVID-19 protocol, Presti continued operating his establishment and was busted by cops on Dec. 6. When police gave chase, Presti ran to his jeep, then sped away with one brave deputy clinging to the vehicle, injuring that officer.

“He just doesn’t care about people’s lives,” a spokesman for Mayor de Blasio said. “That’s what this comes down to.”

Presti’s lawyers claim their client didn’t know the people chasing him were cops.

KEEPING UP WITH KOVID-19

Not to be left out, the Kardashians generated press for themselves at any cost once more by undermining the pandemic that is spreading faster than a viral sex tape.

Kim Kardashian flew friends and family to a private island to celebrate her 40th birthday in October, which critics charged was at best, tone-deaf, considering her highly suggestible following. She said everyone in attendance underwent health tests and quarantined before the trip, which Kardashian flaunted on Instagram.

Following her big sister’s lead, Kendall Jenner threw a crowded, largely mask-less party to celebrate Halloween as well as her 25th birthday in Hollywood. Their mother, Kris Jenner, also claimed attendees at that party had all been tested for COVID.

“We’re dealing with lots of people that have different opinions, and all we can do is live our lives the best way we know how and be responsible and do the right thing, and we’re doing that exactly,” she said on the SIRIUSXM show “Radio Andy.”