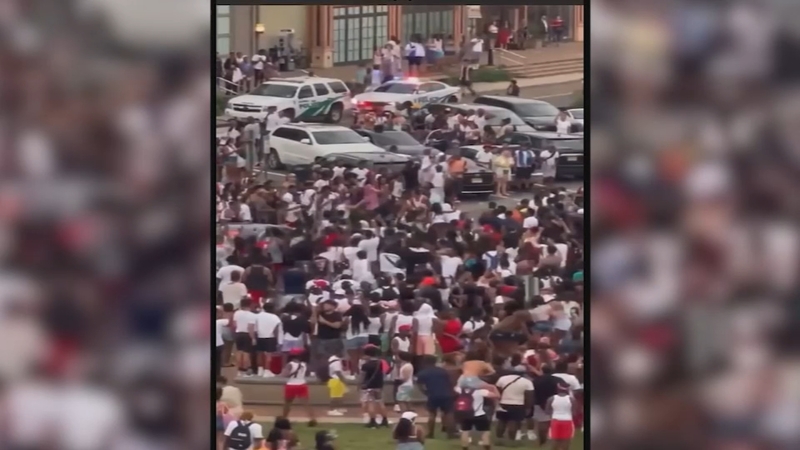 Long Branch announced it will be postponing its 4th of July Fireworks this year due to a large beach party last weekend that was packed with out-of-towners.

The party sparked a large police presence to Pier Village, with videos surfacing all over social media.

“It was pretty hectic, was a little scared,” said one attendee named Tyler. “I think it was a fun time though, being with my people and everything like that.”

Officials say such pop-up parties are announced online and have a religious following.

“Everybody just wanted to get into it,” an attendee named Lance said. “It was hard to control, because everybody wanted to have fun. No one is going to get kicked out, because there’s too many people.”

Public Safety Director Domingos Saldida made the decision to pull the plug on July 4 fireworks after consultation with state and county police officials, citing the best interests of residents and businesses.

“The logistics within Pier Village were almost unmanageable due to the pedestrian traffic and the vehicles in the area,” he said. “So that decision had to be made, and we closed down Pier Village at that point.”

An announcement regarding the future date of fireworks will be made late this summer.

Saldida said there were social media posts circulating about other pop-up parties over the holiday weekend at Pier Village and also in Point Pleasant Beach, and that the safety and security of our residents will always be the first priority.

Law enforcement says its doing more to get ahead of the pop up party craze that sees thousands descend on one spot, sometimes bringing too much chaos.