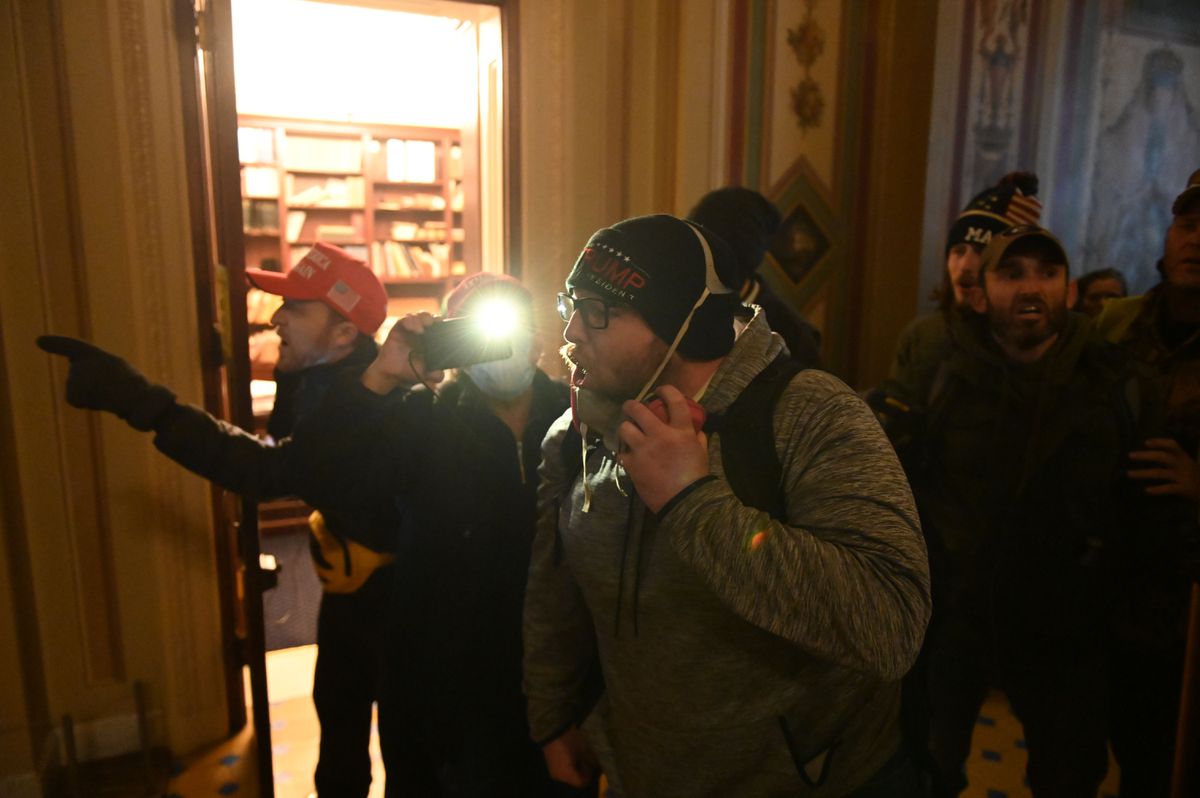 The U.S. Justice Department has filed criminal charges against 44 people accused of participating in last week’s Capitol riot, some of whom intended to capture and assassinate elected officials, Friday reports said.

Murder was on the minds of some of the insurgents, according to federal officials, who cited “strong evidence” of a planned, coordinated attack.

The ominous intent was outlined in a prosecution pretrial detention memo filed in court late Thursday against one of the defendants, Jacob Chansley, who was seen sitting in the Senate chamber seat of Vice President Pence after rioters stormed the Capitol on Jan. 6, according to Slate magazine.

Authorities said Chansley left a note that read “it’s only a matter of time, justice is coming.”

Chansley, who was adorned in face paint and a buffalo horn hat, called the FBI the day after the siege,and told agents that “he was glad he sat in the Vice President’s chair because Vice President Pence is a child-trafficking traitor,” according to Slate.

Even though Chansley, in the call, said he did not mean the note as a threat to Pence, his lawyer is now seeking a presidential pardon, the magazine said.

Meanwhile, the Justice Department’s inspector general will review security at the U.S. Capitol on when rioters stormed in and disrupted the electoral vote count, according to NBC News

But the acting assistant police chief, Sean Gallagher, has told congressional leaders that he was not aware of any intelligence from the FBI ahead of time, according to NBC News.

The Capitol Police said that it had prepared for only a First Amendment rally as lawmakers assembled to certify President-elect Joe Biden’s victory over President Trump.

Before the insurrection ensued, though Trump himself had encouraged his supporters to “fight like hell.”