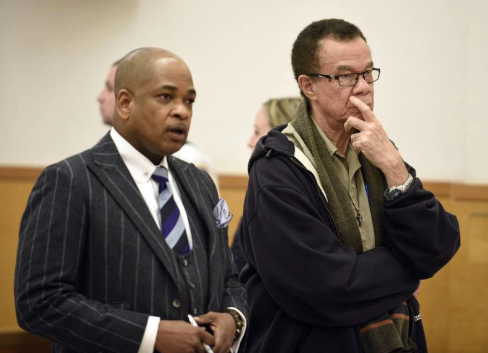 A fired Brooklyn public school teacher wept Thursday as a judge sentenced him to probation for repeatedly sexually abusing a 16-year-old student over a three month span in 2017.

Mervyn Affoon, 68, was convicted in March of criminal sex acts, forcible touching and endangering the welfare of a child over his repeated exploitation of a 16-year-old student at the Academy of Hospitality and Tourism at Erasmus Hall High School in Flatbush.

his lawyer Wynton Sharpe begged for a non-incarceration sentence for his aging client, who he said would be at high risk of contracting coronavirus and dying in prison.

“I’m pleading with your honor that Mr. Affoon be given probation,” Sharpe said through his face mask in Brooklyn Supreme Court’s ceremonial courtroom, the largest courtroom in the building.

“Any [prison] sentence would be tantamount to a death sentence… There’s also the now-issue of COVID. It specifically impacts my client.”

“I received several letters from his former students all of which comment on the positive and integral role he played in their lives,” Quinones said as Affoon cried and dabbed at his eyes with a tissue.

Affoon first abused the boy first in an empty classroom. Then, he targeted the boy in an elevator at the school. Finally, Affoon invited the boy over to his East Flatbush home where he had sex with the underage teen.

Affoon’s trial lawyer called the young victim a “conniving” liar at trial who made up the allegation so his family could sue the city for millions of dollars.

The victim sued the city for $11 million. The civil case is pending.

Affoon was convicted in the last Brooklyn Supreme Court jury trial held before the coronavirus pandemic shut down in-person courthouse appearances in mid-March.

Affoon was removed from the teaching duty when the allegations surfaced. He later retired from the Department of Education.