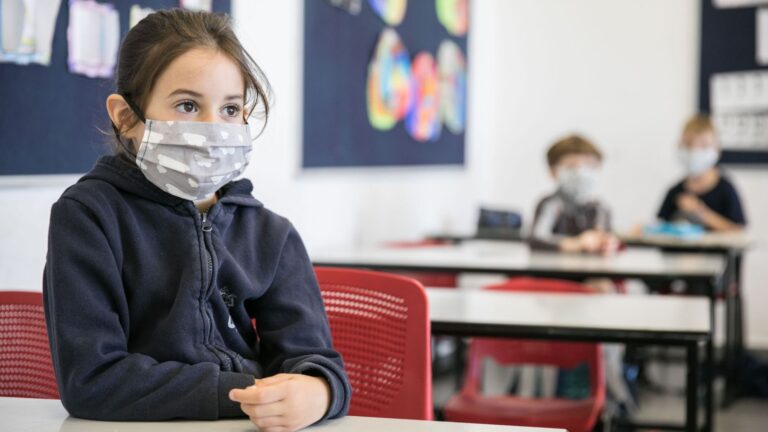 The guideline is more strict than the 5% threshold recommended by the Centers for Disease Control and Gov. Cuomo as necessary for reopening schools, a move de Blasio attributed in part to how densely packed the city is and the trauma its residents have felt.

“We have a particular challenge here in New York City. We were the epicenter,” de Blasio said Friday. “We’ve fought so hard to come back from this disease. We’re going to be very cautious to not let there be a resurgence.”

He and top city health and education officials laid out the city’s re-opening plan in more detail Friday, but significant questions still remain about childcare amid what will likely be an unpredictable in-school learning schedule.

Ted Long, head of the city’s Test and Trace Corps, laid out what schools would do if students or teachers come back with positive COVID-19 results.

If two people in separate classes are found to be positive with coronavirus, that would trigger a 24-hour school-wide shutdown and a test-and-trace investigation, he said. If the investigation is conclusive, the school could re-open once the city determines that the particular outbreak is under control.

If investigators in such a situation are unable to determine how the virus was contracted, then the entire school would be closed for 14 days and students and teachers sent home to quarantine.

Such a move would likely send the weekly routines of many families into disarray, possibly forcing them to secure childcare in short order.

De Blasio reiterated the city’s plan Friday to provide childcare for 100,000 children who will not be able to attend class full-time in the fall, but he has not detailed how that will work when families who test negative are forced to scramble on the fly amid potential school shutdowns caused by new COVID-19 cases.