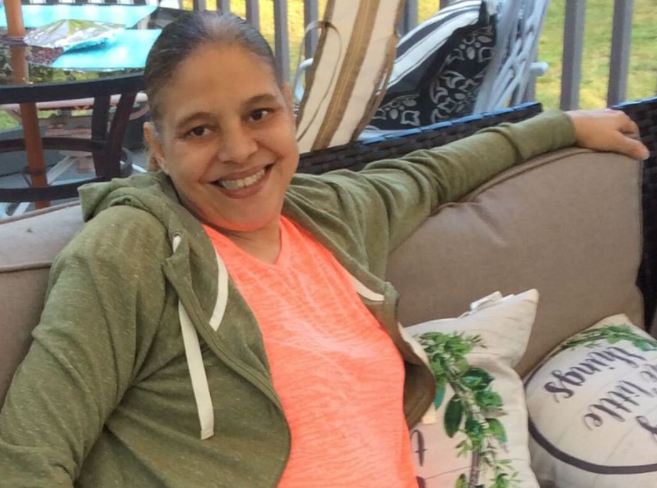 The niece of a woman found bludgeoned to death in the bathtub of her East Harlem apartment has been charged with the killing, police said Monday.

Kristie Miro, 30, allegedly used a hammer to rain blows on the head and chest of her aunt, 56-year-old Ana Nieves, in an apartment on E. 100th St. near Third Ave. just after 6 p.m. Friday.

“I’m completely numb and I’m hurting. I went to church today and cried it out because I just can’t get in my mind why her. She would give you her last,” said Lucy Nieves, 52, the slain woman’s sister.

“What’s the worst thing about it? It’s family. How do you swallow that pill?”

Lisa Fasasi, another of Nieves’ nieces, said when she saw Miro on Wednesday, she was angry about a break-up with a girlfriend.

“She had a hammer in her hand,” Fasasi said.

Miro also told a witness that Nieves was trying to get her out of the apartment, according to a criminal complaint.

Fasasi knew Miro had been living with the victim. When she didn’t hear from Nieves on Thursday morning, she called Miro but said she got no answer.

She the visited the building Friday. “When I came upstairs I saw her next to the door… looking around to see who was coming,” Fasasi said, referring to Miro.

And when Fasasi tried to get in, Miro blocked her. “She opens the door for me to come into the house… and about when I’m gonna get into the house, she shuts the door and locks it in my face,” Fasasi said.

“That’s when I knew. I went back downstairs and I definitely called the cops again.”

As the police arrived, Miro slipped into a neighbor’s apartment.

“She didn’t seem like a psycho, she didn’t ever seem crazy,” Fasasi said. “They keep saying she was on psychiatric meds. She would only go crazy if other stuff was going on.”

When Officer Sheldon Elliot arrived at the third floor apartment on Friday evening, Miro at first claimed she was alone and then gave several names that turned out to be fake, court records show.

Elliot left and then returned when someone flagged him down. Emergency services was called and cops found Nieves fully clothed and covered in blood in the tub. Blood was also spattered on the bathroom walls.

Fasasi said she was able to watch police body cam video of an interview with Miro in which she first said she hadn’t been home and then claimed she was home.

Police sources said Miro and Nieves had a turbulent relationship with multiple instances of domestic violence allegations between them.

“I have messages that my aunt didn’t even want her in the house,” Fasasi said. “They were always going back and forth arguing. She didn’t respect the household, but my cousin didn’t want to leave.”

Miro was arraigned on murder charges Monday. She was also arraigned for a 2019 assault.

Only Miro was arrested in that case for hitting the man with a glass bottle. It remained unclear why she had not previously been arraigned in the 2019 case.

Miro also has prior drug arrests and has been classified as an emotionally disturbed person by police in the past, police sources said.

In May 2009, Miro was arrested for assault for slashing one person in the back with a razor and slashing a second person in the face and stomach on Park Ave. near E. 109th St., court records show.

“Oh, b—-, you get the police after me? I’ll cut the other half of your face off!” she allegedly screamed.

She pleaded guilty to assault in 2010, was sentenced to three years in prison and was released in 2012.

More recently, she was convicted in 2015 of filing a forged instrument, served under two years in state prison and was released in 2017.

In that case, she was arrested Jan. 10, 2015, at a building on E. 14th St. and accused of trying to buy a MacBook computer worth $1,150 using a forged New Jersey ID card and a Best Buy credit card she got using the forged ID.

He said he and his daughter were estranged and hadn’t spoken in years. “Our relationship is missing-in-action type. We’re not on good terms,” he said.

Lucy Nieves said her sister was genuine and caring. She was kind to their mother late in her life, using her skills as a home attendant and adored Lucy’s 13-year-old daughter.

“We always had a good time when we got together. When somebody needed her help she was there… she was there for me. She didn’t deserve that,” Lucy recalled.

The family is now facing the challenge of paying for the funeral and deciding whether Ana Nieves should be cremated.

“I love her dearly. Now I only have two sisters left… now the funny one that I always had fun with [is gone],” she said.