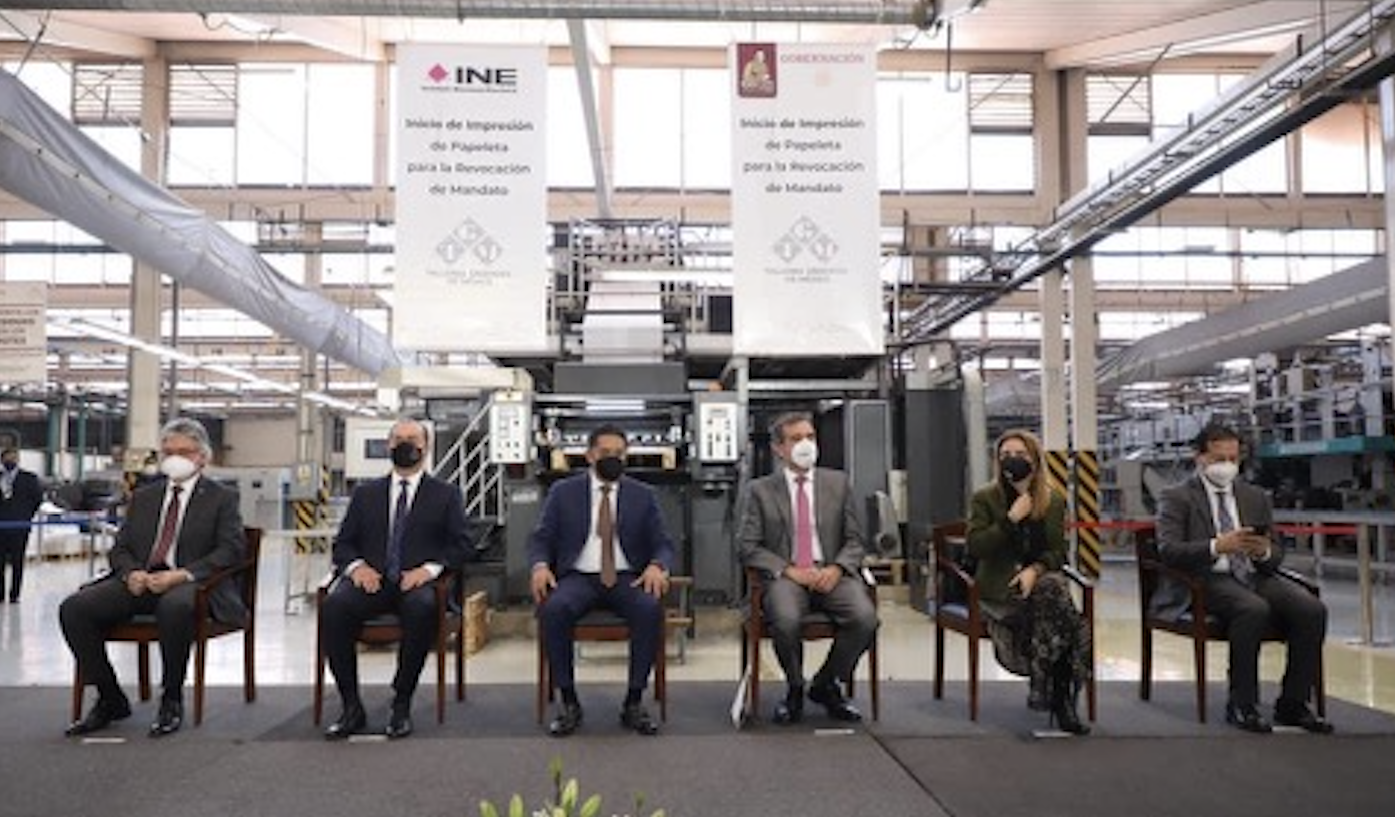 Mexico’s government has begun to print the ballots to comply with the referendum to “revoke” the presidential mandate on April 10, in which migrants from that country who currently live in the US will be able to vote electronically according to the rules established by Mexico’s National Electoral Institute(INE).

“In New York there is a lot of interest in being part of this unprecedented electoral exercise”, said the director of the Center for Latin American Studies, Peruvian Sebastián Larios, who stressed that “Mexican migrants make up one of the foreign groups that maintains strong identity ties with their  country of origin.”

For physical voting, 94.5 million ballots will be printed at the Graphic Workshops of Mexico, whose head, Abraham Ezequiel Zurita, promised to complete the task in a timely manner, which must be before March 10, to allow time for distribution of the electoral material throughout the neighboring country.

In his speech, Zurita stressed out that the office he is in charge of has established itself as an important and strategic ally for the Mexican democracy, a task he has carried out for more than 20 years. “The ballots and the electoral material will be the tool and the means through which the democratic exercise of the Revocation of Mandate will be celebrated,” he pointed.

Lorenzo Cordova, president of INE, thanked the Graphic Workshops of Mexico for their work in favor of certainty and confidence in the unprecedented electoral exercise: “The security measures that these ballots will have include microprinting, inverted printing, substitute printing, latent image and invisible printing, to guarantee their authenticity and be confident that they are absolutely unfalsifiable”.

Likewise, the president of the Temporary Commission for Monitoring the Electoral Processes 2021-2022, José Roberto Ruiz, assured that the relevant field work is being carried out, visiting the seven million Mexican men and women who will be randomly selected to become poll workers.

Specialists estimate that the Mexican communities residing in the US will have an important participation in the process, contributing around 4 million votes. In order to be valid, the referendum must exceed the threshold of 40 percent of the electoral roll, made up of more than 93 million citizens.

The question that voters must answer is “Do you agree that Andrés Manuel López Obrador, president of the United States of Mexico, have his mandate revoked due to loss of confidence, or continue in the presidency of the Republic until his term ends? “, as an answer there are only these options:

1) That his mandate be revoked due to loss of confidence.

2) That he continues in the presidency of the Republic.