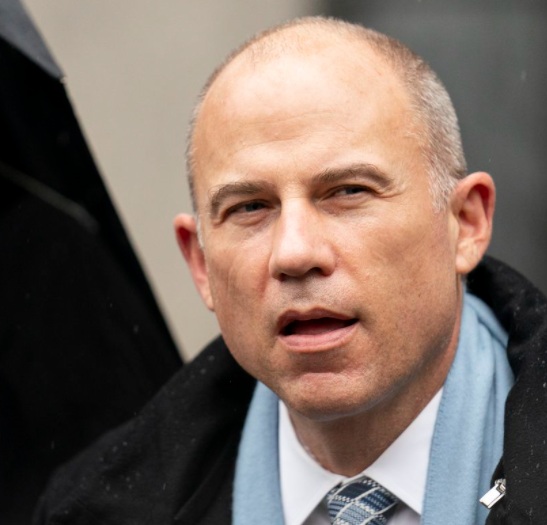 Disgraced celebrity lawyer Michael Avenatti must pay hundreds of thousands of dollars to lawyers who represented Nike when he tried to extort $25 million from the sportswear giant, a judge ruled Monday.

Manhattan Federal Court Judge Paul Gardephe ordered Avenatti to pay $259,800 to Nike in restitution ― about a third of the $856,162 in attorneys’ fees the company requested.

The judgment comes a week after Gardephe denied Avenatti’s motion for a new trial in the case, and less than two weeks after Avenatti was convicted of stealing $300,000 from Stormy Daniels when he represented her in litigation against Donald Trump.

Avenatti was found guilty in February 2020 of trying to shake down Nike when he represented an amateur youth basketball coach in litigation against the high-profile company.

The coach, Gary Franklin, alleged Nike execs had ordered him to make secret cash payments to the families of prominent players when he retained Avenatti. Trial evidence showed Avenatti went behind his client’s back, threatening Nike execs he’d “blow the lid” on the accusations unless they forked over up to $25 million to conduct an internal review.

Gardephe sentenced Avenatti to a two-and-a-half year prison term for the conduct, which was put on hold for almost two years in part because of coronavirus precautions.

Avenatti turned himself in to U.S. Marshals in California on Feb. 7, after a jury found him guilty of wire fraud and aggravated identity theft for stealing from Daniels, whose legal name is Stephanie Clifford. In that case, evidence showed Avenatti forged a fake letter to his best-known client’s book publisher and lied to her about it for almost a year.

The California lawyer, whose background is in civil law, had dumped his public defenders on the second day of trial in the Daniels case to represent himself. He faces up to 22 years in prison when sentenced May 24.

In a third case in Los Angeles, Avenatti, 50, faced criminal charges that he stole from clients and also acted as his own lawyer. The case ended in a mistrial.

In January, Avenatti filed a $94 million against the federal government for allegedly subjecting him to torturous conditions while he was in solitary confinement at the now-shuttered Metropolitan Correctional Center.