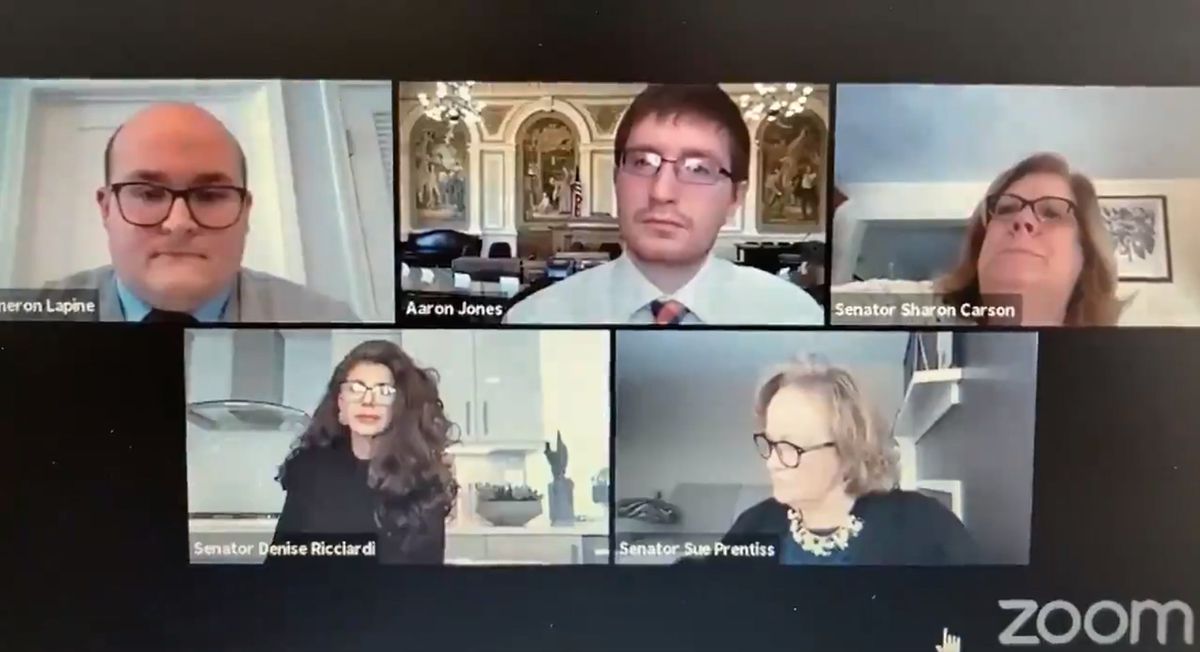 A $100-per-year New Hampshire state senator had to put up with a male colleague calling her a “b—-h” when she recessed a hearing for 10 minutes to talk to her hospitalized daughter’s doctor.

“My daughter is currently hospitalized and her doctor is on the phone,” said Sen. Sharon Carson, who was chairing a Zoom meeting of the Senate Executive Departments and Administration Committee.

“I’m going to put the committee in recess for 10 minutes,” said Carson, a Republican from Londonderry, N.H.

“Nobody else can do anything. Right,” grumbled state Sen. John Reagan. “B—h.”

Video of Reagan’s exchange was posted to Twitter by a reporter for New Hampshire TV station WMUR.

“Apologies for my recorded outburst previously,” Reagan, who also gets $100 per year, told his colleagues after the hearing ended.

In an email to the Associated Press, Reagan, a Republican from Deerfield, N.H., called his remark “an open mic zoom goof.”

“I expect that all Senators will be respectful to their colleagues and the public while carrying out Senate business,” Morse said in a statement.

Republicans control both houses of New Hampshire’s legislature. Legislators’ salaries have been set at $100 per year since 1889.