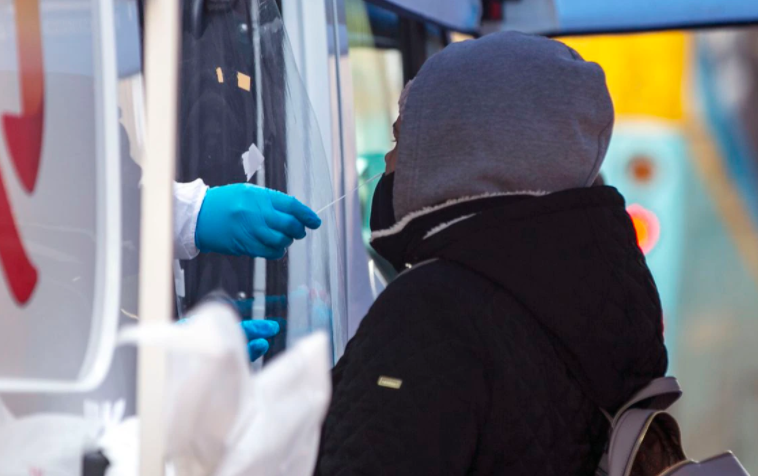 New York hit a welcome checkpoint on Monday as school break approached and the omicron coronavirus storm continued to recede: For the first time in more than two brutal months, the state reported a daily COVID death count under 50.

While 48 infected New Yorkers were reported dead, a number far higher than health authorities would like, the daily count dropped 47% in a single week and appears to have started to nosedive after remaining stubbornly high in recent weeks.

The count of new cases, which plummeted earlier than hospitalizations and deaths, also continued its descent. According to Gov. Hochul’s office, the state reported 2,348 new cases on Monday, the lowest single-day tally since late October.

“We are seeing drastic improvements in the data, and it is because of the hard work New Yorkers have been putting in to keep each other safe,” Hochul, who lifted the statewide mask mandate for businesses last week, said in a Monday statement.

The state’s weeklong test positivity rate was 3.1%, according to government data, and dropping in every region.

In the darkest days of January, the daily case count tipped above 90,000, and the single-day death toll approached 200.

But even with recent numbers signaling a sunnier season on the pandemic front, Hochul on Monday continued her calls for unvaccinated New Yorkers to get booster shots, which provide rugged protection against omicron.

“It’s critically important that everyone eligible get their booster or vaccination as soon as possible so we can continue our progress and enjoy a happy, healthy spring,” Hochul said in her statement.

In New York City, where public schools are due to enter winter recess at the end of the week, the weeklong test positivity rate has dropped below 2%.

Masks remain mandatory in classrooms across the state, to the comfort of some parents and the frustration of others. Hochul said last week that she would reassess the school mask mandate early next month, after schools reopen.

“After the break, after we’ve had kids tested, we are going to make an assessment that first week in March,” Hochul said on Wednesday. “We’re going to continue to be adaptable and responsive to the changing circumstances.”