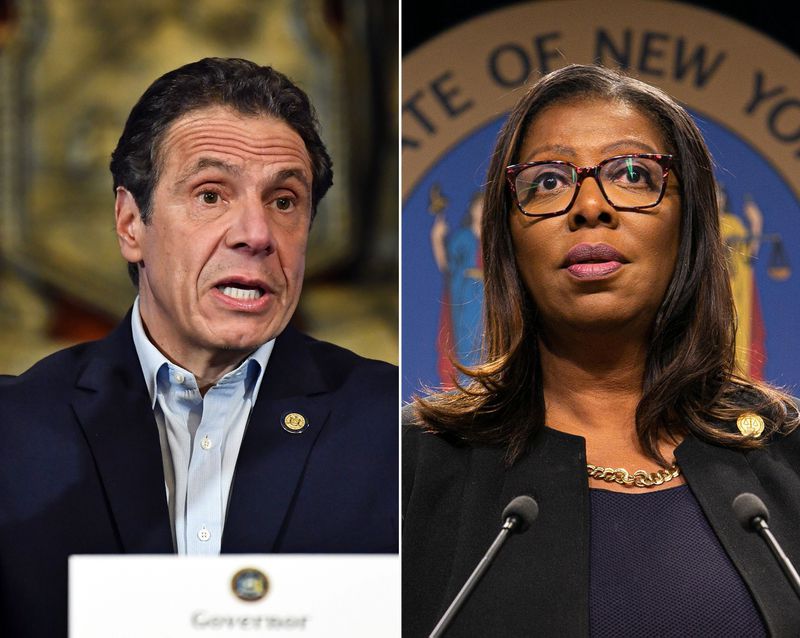 “We are committed to an independent and thorough investigation of the facts,” James said in a statement. “Joon H. Kim and Anne L. Clark are independent, legal experts who have decades of experience conducting investigations and fighting to uphold the rule of law.

“There is no question that they both have the knowledge and background necessary to lead this investigation and provide New Yorkers with the answers they deserve,” she added.

James’ appointments come a little more than a week after she and Cuomo publicly sparred over how to conduct an outside investigation into the governor’s behavior as harassment claims mounted.

The lawyers will be charged with “conducting a thorough and independent investigation of, and the circumstances surrounding, allegations of sexual harassment against Gov. Cuomo, including his administration’s handling of such matters,” according to James’ office.

While Kim and Clark will lead the probe, they will be supported in the investigation by a number of other attorneys, including Jennifer Kennedy Park, Abena Mainoo and Yannick Grant.

The group will have the power to issue subpoenas, examine relevant documents and records, conduct interviews, including formal depositions and analyze data and information pertinent to the investigation.

The investigation will be outside of the Democratic attorney general’s oversight, and a report will be made public when the work is completed.

Kim, a partner at Cleary Gottlieb Steen & Hamilton, served as acting U.S. attorney for the Southern District of New York after former U.S. Attorney Preet Bharara was fired from his position.

“Clark and Kim are independent and unimpeachable, demonstrating a deep understanding of both Albany politics and sexual harassment law,” Susan Lerner, the group’s executive director, said in a statement. “New Yorkers deserve a fair and transparent investigation into the governor — Attorney General James will deliver that.”

In all, five women have come forward claiming that Cuomo made inappropriate comments or came on to them. Four of them are former aides or advisers who say he fostered a toxic work environment that belittled women.

One former aide, Charlotte Bennett, 25, says the governor repeatedly asked her intrusive questions about her dating life, including whether she slept with older men, during meetings last year at the height of the COVID crisis.

“Without explicitly saying it, he implied to me that I was old enough for him and he was lonely,” she told CBS Evening News last week.

“We are encouraged by the experience and background of the attorneys who will be investigating Charlotte’s claims and expect the investigation will extend to the claims of the other women who we know to be out there,” attorney Debra Katz said.

Cuomo, 63, has publicly apologized for his behavior, claiming he didn’t know he was “making anyone feel uncomfortable.”

He has also denied ever touching anyone inappropriately and says he wasn’t aware of Bennett’s allegations even though she says she complained to his chief of staff, spoke with counsel and took a job in another department to distance herself from the governor.

As allegations mounted, Cuomo’s office said the governor would ask James and top state Judge Janet DiFiore to select a lawyer to undertake the probe, only after the governor faced blowback for selecting former federal judge Barbara Jones to conduct an investigation of his own conduct.

His initial proposal of Jones caused an uproar because Jones used to work for the Zuckerman Spaeder law firm alongside Steven Cohen, a longtime Cuomo ally.

James pushed back and argued that the governor needed to use a special statute that would give her the sole power to choose attorneys with subpoena power. That code was last used in 2013, when Cuomo assembled a short-lived commission to investigate public corruption.

Several prominent Democrats, including Senate Majority Leader Andrea Stewart-Cousins (D-Yonkers), have called on Cuomo to resign over the accusations, calling the scandal a distraction as budget negotiations get underway and the state emerges from the COVID crisis.

The governor dug in his heels over the weekend, defiantly vowing to remain in office while James’ investigation gets underway.