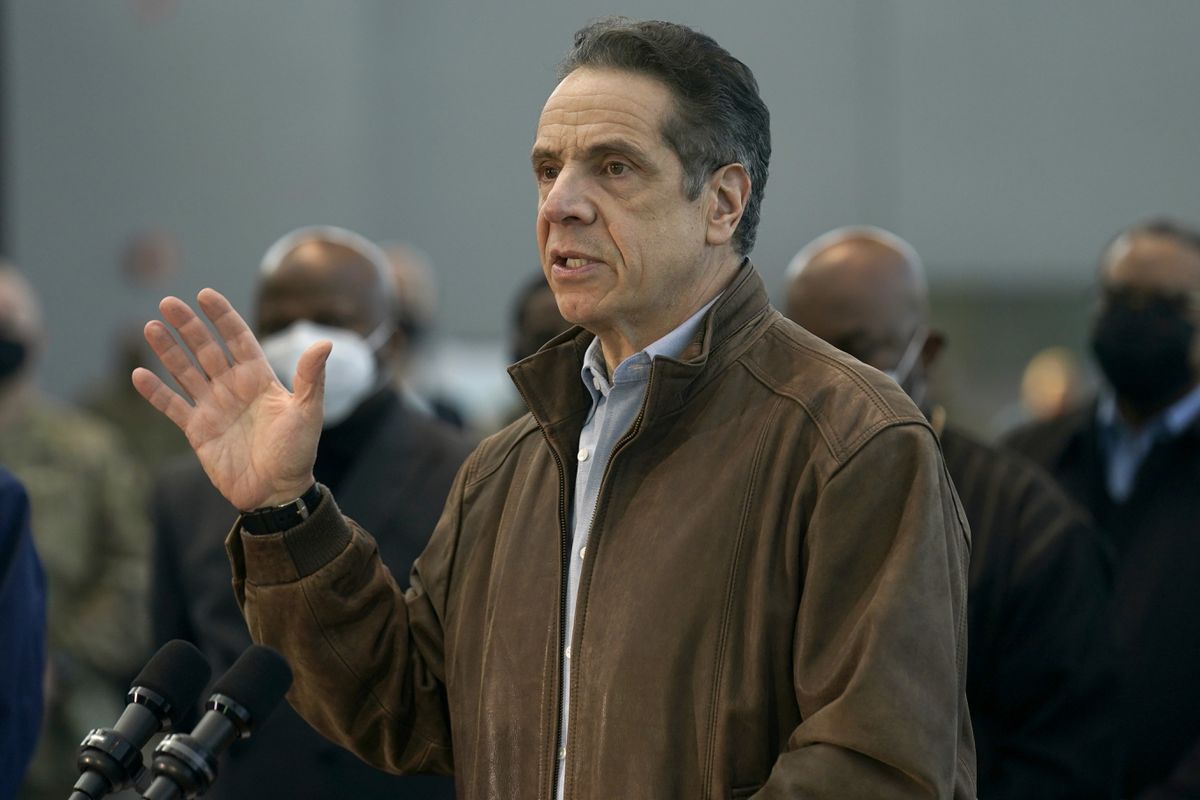 Another woman is accusing Gov. Cuomo of sexual harassment, claiming the governor inappropriately touched her late last year while the pair were working together.

The allegation was reported to the governor’s counsel over the weekend and already passed on to the attorney general’s office, which is overseeing a probe into mounting claims made against the governor, the Albany Times Union first reported.

The latest accuser, a member of the Executive Chamber staff, claims Cuomo inappropriately touched her during an encounter last year at the Executive Mansion, the official residence of the governor. The Times Union chose not to name the woman since she could not immediately be reached.

In response to previous allegations, Cuomo has said he “never inappropriately touched anybody.”

Five other women, including four who worked for the governor throughout his career, have accused Cuomo of misconduct or inappropriate behavior. The scandal has engulfed the governor for weeks and led to increasing calls for his resignation.

Cuomo has remained defiant, suggesting it would be “anti-democratic” for him to step down.

“There is no way I resign,” he said Sunday.

Over the weekend, Ana Liss, a former policy and operations aide to the governor, told the Wall Street Journal that Cuomo repeatedly inquired about her personal life, touched her, and on one occasion kissed her hand as she rose from her desk.

Separately, Karen Hinton, who worked with the governor when he led the federal Department of Housing and Urban Development, said Cuomo once invited her to his hotel room during a work trip to California. He asked her personal questions about her marriage and hugged her repeatedly in a manner that was “too long, too tight, too intimate” when she tried to leave.

Former aide Charlotte Bennett, 25, has said that Cuomo asked her probing personal questions including if she was interested in older men and indicated he was comfortable with “anyone above the age of 22” during private meetings at the height of the COVID crisis.

Bennett, Liss and Hinton all came forward after former Cuomo adviser Lindsey Boylan published an essay last month accusing the 63-year-old of kissing her on the mouth without her consent during a meeting at his Manhattan office.

Another woman, Anna Ruch, 33, alleges the governor made unwanted advances toward her and planted an unsolicited kiss on her cheek at a 2019 wedding.

Attorney General Letitia James announced Monday that the investigation into Cuomo will be led by Joon Kim, the former acting U.S. attorney for the Southern District of New York, and Anne Clark, who has represented numerous plaintiffs in sexual harassment lawsuits.

“We are encouraged by the experience and background of the attorneys who will be investigating Charlotte’s claims and expect the investigation will extend to the claims of the other women who we know to be out there,” Katz said.