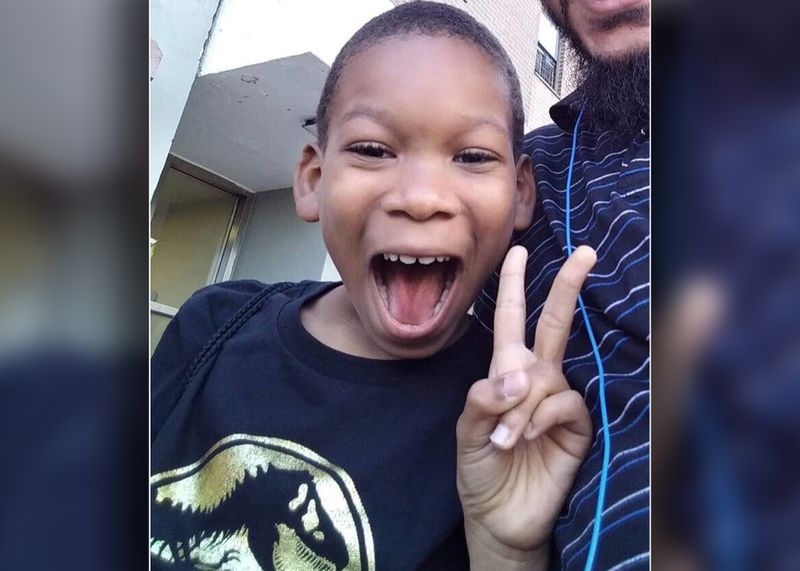 A man charged with abusing his Manhattan girlfriend’s 10-year-old son until he died of horrific injuries has a history of disturbing domestic violence arrests including a charge that he choked the mother of his own children.

Ryan Cato, 34, was awaiting arraignment on murder charges in Manhattan Criminal Court Monday. His girlfriend’s son’s fatal injuries included a lacerated spleen, a lacerated liver, a lacerated kidney, rib fractures on both sides and bruising between his toes, sources said.

His injuries were both old and new and he died from fatal child abuse, police said Monday.

Cops responding to a 911 call from the mother and her boyfriend Saturday afternoon found 10-year-old Ayden Wolfe barely alive when they got to the family’s fourth-floor apartment in the Saint Nicholas Houses.

Ayden was unconscious and soaked with water from a failed attempt to wake him, sources said.

Medics rushed him from his home on W. 131st St. near Frederick Douglass Blvd. to Harlem Hospital, where he was pronounced dead at 3:20 p.m.

Chief of Detectives Rodney Harrison described the boy’s injuries as “extensive bruising to his face, the extremities and all over the body.”

“Some injuries were old, but others were recent,” Harrison said.

According to Harrison, Cato said he “found the victim unconscious and he called 911.”

Cato was arrested in December after he allegedly choked the mother of his kids in front of their two children inside their apartment in Williamsburg, Brooklyn.

Cato was charged with assault, menacing and two counts of endangering the welfare of a child.

According to a criminal complaint, he hit the woman in the face several times and put his hands around her neck and applied pressure.

The offense was not eligible for bail under new bail reform laws so Cato was released.

Cato was also charged in a similar incident at the same location but that case is sealed, a source said.

Cato was also charged in February with assaulting the driver of a yellow school bus in Brooklyn.

Cops questioned Ayden’s mother before Cato was arrested Sunday. Cops had not previously been called to the apartment about the 10 year old, though the mother has a previous complaint against her involving the city’s child welfare agency for alleged child neglect that was filed in 2010 “after the victim was born,” according to city records.

A relative of the mother described Ayden as “super smart, super intelligent.” Neighbors lamented a missed opportunity to intervene.

Outside, they created a makeshift memorial with votive candles and a sign with a bedtime prayer.