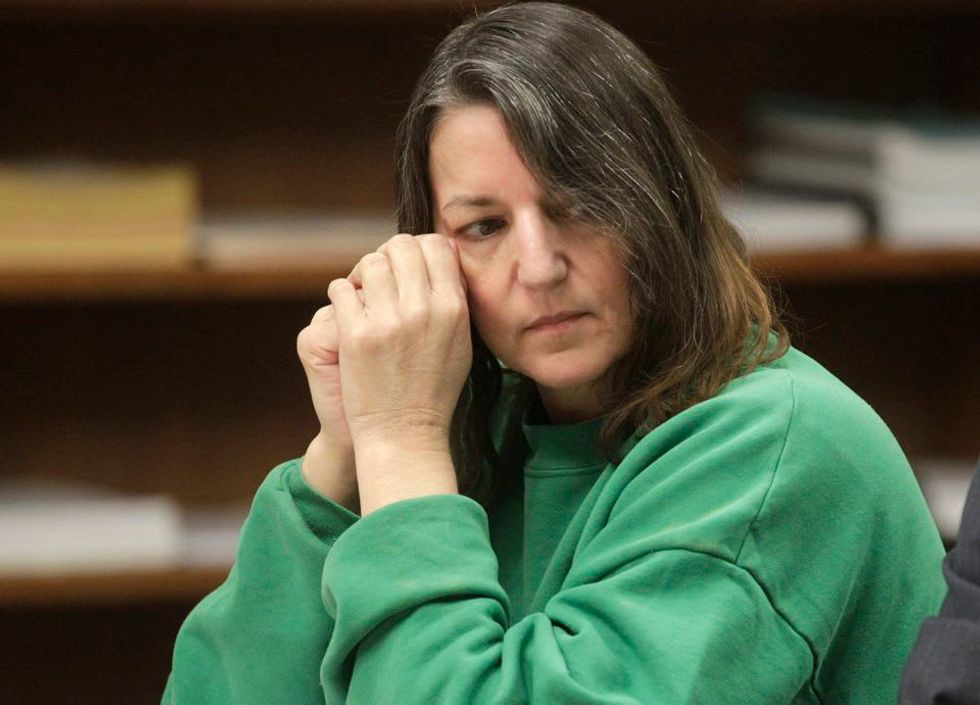 A mother convicted of murdering her 5-year-old son in New Jersey in 1991 had that conviction thrown out Tuesday by the New Jersey Supreme Court in a shocking decision that overruled a jury’s verdict.

Michelle Lodzinski, now 54, was found guilty in 2016 of killing Timothy Wiltsey back in 1991. Lodzinski had long been the prime suspect in the case, but was never charged until 2014.

But the New Jersey Supreme Court sided with Lodzinski on Tuesday, declaring that “no reasonable jury could find beyond a reasonable doubt that Lodzinski purposefully or knowingly caused Timothy’s death.”

The bitterly divided court deadlocked 3-3 on an appeal in the case in May. After recognizing a procedural error, the justices agreed to rehear the case and brought in Appellate Judge Jose Fuentes to serve as a tiebreaker. Fuentes sided with Lodzinski in the eventual 4-3 ruling.

Lodzinski cannot be tried again in New Jersey because it would violate her Fifth Amendment rights against double jeopardy.

On May 25, 1991, Lodzinski told police that she took Timothy to a park in Sayreville, just south of Staten Island, and he disappeared when her back was turned.

While cops worked the case, Lodzinski changed her story two different times, raising suspicions among investigators. Police eventually said they couldn’t even find anyone who had seen Timothy at the 10-acre Kennedy Park.

After a nationwide search — Timothy was reportedly one of the first missing kids to appear on milk cartons — Timothy’s remains were found in April 1992 near Raritan Center, across the Raritan River from Sayreville. Lodzinski had worked at Raritan Center for six months from 1988 into 1989, but she initially didn’t tell police about that when the remains were found.

But there was no physical evidence tying Lodzinski to the body, and Timothy’s remains had decayed to the point that the coroner couldn’t even determine how he died. Lodzinski wasn’t charged and went on with her life; she moved to Florida and had two more kids.

In 2014, the Middlesex County Prosecutor’s Office reopened the case. They interviewed Lodzinski’s niece and two other baby-sitters, who all said that a blanket found near Timothy’s body was the same blanket they’d seen in her South Amboy home.

That was enough for the prosecutors, who saw the blanket as a smoking gun, charged Lodzinski with murder and had her arrested in Florida. It was also enough for a jury, which unanimously reached a guilty verdict. Prosecutors argued that Lodzinski killed Timothy because he was a burden on her life as a single mother.

Lodzinski appealed the ruling, which eventually led to Tuesday’s New Jersey Supreme Court decision. The justices who issued the majority opinion focused on the lack of physical evidence in the case, and said Lodzinski’s status as a stressed single mother was not a convincing motive for murder.

The justices also noted that no physical evidence tied the blanket to Lodzinski, and mentioned that photographs of her home never showed it.

Three dissenting justices ripped the majority opinion for overruling the jury’s verdict, saying that the majority had substituted its “own interpretation of the evidence for the conclusion reached by the jury.”

Lodzinski’s own brother, Michael, trashed the decision in a statement to NJ.com.

“We all know the jury got it right,” Michael said. “(The majority justices) believe they have righted some great wrong today but all they did was rob justice from a little boy, shame on them.”