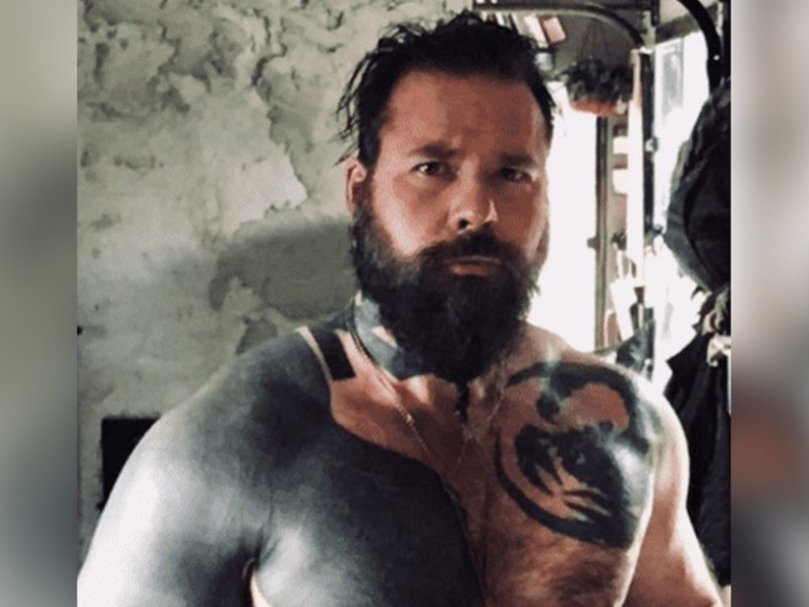 McLeod, 47, was identified by police Tuesday as the suspect in a cross-city “killing spree” that left five dead and three injured, including an officer. He was eventually killed by police.

Denver police Chief Paul Pazen confirmed Tuesday that McLeod had been “on the radar of law enforcement” and had been investigated in 2020 and 2021, but no charges were ever filed and Pazen did not specify the nature of the investigations.

But books written under a pen name seem to shed more light on McLeod’s predilections before the deadly shooting rampage.

“This book is packed full of rants on diversity, women, and globalization. There are fantasies of killing people involved in the BLM movement, and bizarre threats to Ben Shapiro/Sam Harris/and others. While others may be guilty of ignoring the necessity of violence in some extreme situations, this book fetishizes violence as the great equalizer,” the review reads.

“The only ‘real men’ to the author are men who live in the woods, have skull tattoos, and hunt bears. Anything other than this results in ‘weak men.’ One of the greatest ironies of the book is the supposed pull-yourself-up-by-your-bootstraps alpha author whines that the world doesn’t mold itself to his desires.

The second novel of the series even features a hero named Lyndon McLeod who, armed and sheathed in body armor, kills a young woman in a tattoo parlor. The fictional McLeod also boasted about meeting Theodore Kaczynski in prison.

“If there is no Unabomber there is no me,” Lyndon tells the reclusive killer in the book, according to 9NEWS. “We seek the same thing but from opposite ends of the extreme.”

“‘Sanction’ is an epic, visceral journey into the dark heart of every man broken by society; the one chewed up and spit out,” reads one review on GoodReads. “What if a man were to put his foot down, stand up, and bellow out with brain and balls and bile: NOT ONE MORE INCH!”

“It may at times be seen as racist, but statistics only tell fact,” reads another.

The real McLeod began his rampage around 5:25 p.m. local time at a Denver business, where he fatally shot two women, owner Alicia Cardenas, 44, and Alyssa Gun Maldonado and injured Maldonado’s husband, Jimmy, who worked at the shop. Jimmy Maldonado is expected to survive. McLeod then moved to a nearby residence, where he fired but did not injure anyone, then to another home where he wore a police badge and tactical gear and killed a man inside, according to officials.

Denver police officers traded gunfire with McLeod, who escaped and fled to Lakewood, a nearby suburb, where he fatally shot 38-year-old Danny Scofield inside a tattoo shop. Police again caught up to him and exchange fire, at which point McLeod ran on foot into a Hyatt hotel and shot the desk clerk, 28-year-old Sarah Steck.

Lakewood police finally cornered McLeod and ordered him to drop his weapon, which he refused to do. McLeod hit one of the officers in the abdomen and she fired back, killing him.

The officer is expected to survive.