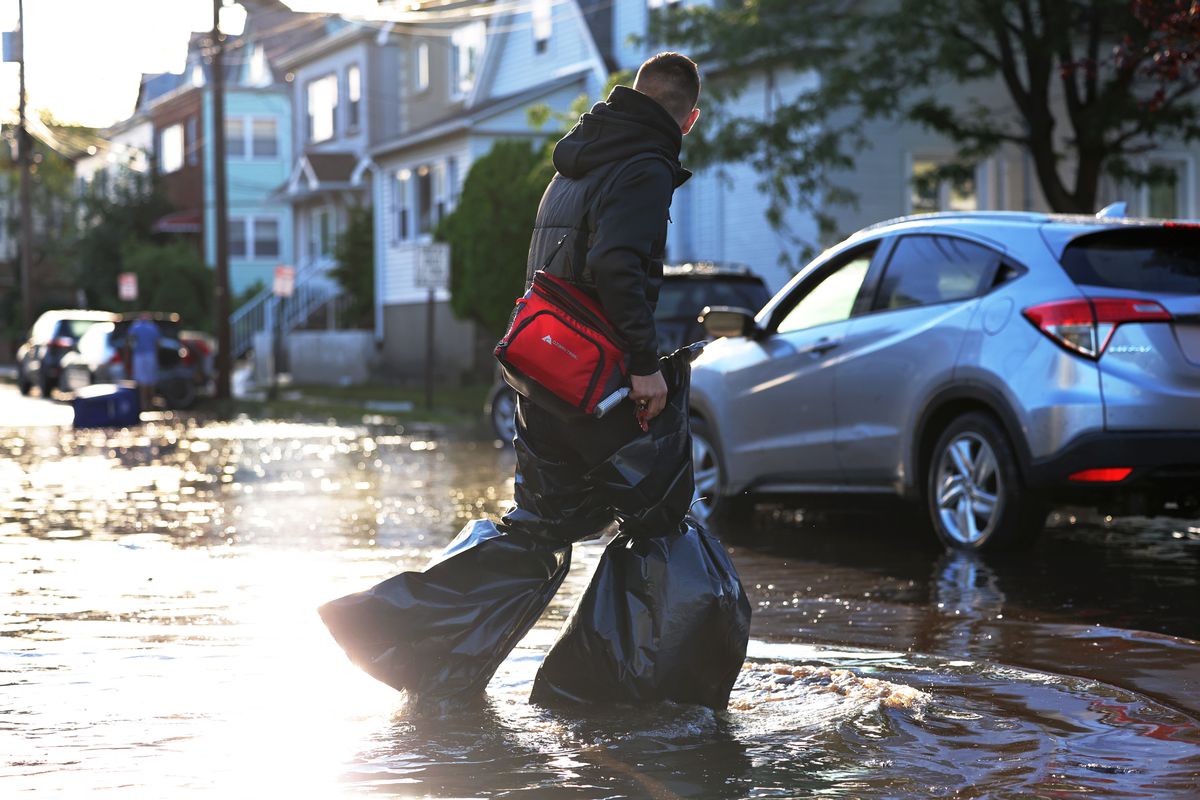 The Elizabeth, N.J., victims — three family members and a neighbor in the Oakwood Plaza apartments — were discovered together inside an apartment, said city spokeswoman Kelly Martins. The dead were identified as a 71-year-old man and his 72-year-old wife, their 38-year-old son and a 33-year-old neighbor.

All lived across the street from a city firehouse flooded out by the rain, she added.

In Passaic, N.J., a 70-year-old man inside a car was swept away by floodwaters, with firefighters fighting unsuccessfully to free him from the trapped vehicle as the remnants of Hurricane Ida pummeled the state.

Rescuers miraculously pulled the man’s 66-year-old wife and 26-year-old son from the car before the vehicle became submerged as some areas of New Jersey reported up to 10 inches of rain from the relentless deluge.

“His family was rescued, they were all in the same car,” Passaic Mayor Hector Lora told WCBS-TV. “Unfortunately, the car was overtaken by the waters, and the firefighters who were being dragged down under the vehicle were unable to get him out.”

Passaic officials feared the city death total could climb as they searched for a woman and child possibly washed away by the storm surge.

Two other people were killed by the floodwaters in Hillsborough, N.J., with their bodies recovered inside submerged cars, while another victim was found dead inside a pickup truck discovered in a Milford Borough creek, authorities said.

“Many roads remain flooded this morning,” said New Jersey Gov. Murphy as the state recovered from a meteorological nightmare that included a tornado in South Jersey. “It is not safe to drive. Our crews are working to clear and open roads, and we need everyone to stay off them so crews can safely do their job.”

All New Jersey Transit rail service was also suspended across New Jersey, with the exception of the Atlantic City Rail Line, as state officials dealt with the disastrous aftermath of the storm. NJ Department of Transportation crews and emergency personnel worked through the night, with their efforts continuing Thursday morning.