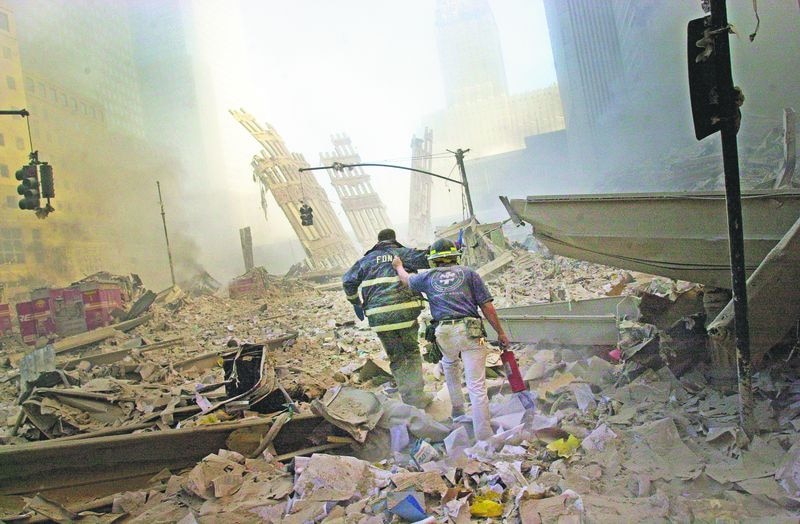 Most of New York’s congressional Republicans broke party ranks this week and condemned the Trump administration for stripping millions of dollars from the FDNY’s 9/11 health care program — even as GOP leaders and lawmakers from other states remained conspicuously silent.

The Treasury Department has over the past four years siphoned about $3.7 million from the FDNY’s World Trade Center Health Program, which covers medical services for New York firefighters and other first responders suffering from 9/11-related illnesses.

Treasury officials have maintained they only took $2 million, that the department is working to get the cash back to the FDNY, and that the withdrawals were caused by a bureaucratic snafu in which money was pulled from the 9/11 fund to cover some of the city’s unrelated Medicare debt.

Still, the stealthy 9/11 cash crunch prompted immediate outrage from Democrats — and this week, all but one of New York’s typically Trump-loyal House Republicans added to the backlash.

“The withholding of funding from our 9/11 health care workers and first responders is unacceptable,” said upstate Rep. Elise Stefanik, who served as a lawyer on President Trump’s impeachment trial defense team.

“I will absolutely be fighting side by side with my friend Pete King and other members of the delegation to ensure that the funding goes to 9/11 health care workers,” Stefanik said.

“Congressman Zeldin believes this must be rectified immediately and is working on finding a fix,” said his spokeswoman Katie Vincentz.

Rep. Chris Jacobs, a Republican who represents a district that includes parts of Buffalo and Rochester, called the Treasury Department’s FDNY fumble “deeply troubling” and vowed to push “for the returns of these funds and safeguards to prevent this from happening again.”

“We shouldn’t hold our first responders as collateral damage due to bureaucratic issues and New York City’s financial issues. There must be a way to reach a long-term solution to this bureaucratic problem,” Reed said.

The only member of New York’s GOP delegation who didn’t push back against the Treasury Department was Syracuse-area Rep. John Katko, whose spokesmen did not return several requests for comment this week.

The silence from non-New York Republicans was even more deafening.

Not a single one of the 16 House and Senate Republicans who backed a resolution re-designating 9/11 as a “National Day of Service” this year returned repeated requests for comment on the Treasury Department’s FDNY program bungling.

Many of those tight-lipped Republicans — including Maine Sen. Susan Collins, Florida Rep. Gregory Steube and Pennsylvania Rep. Brian Fitzpatrick — tweeted out “Never Forget” messages in honor of the victims of 9/11 on last week’s 19th anniversary of the terror attacks.

“We can honor their memory by committing to helping others,” Collins wrote in her post.

King, who’s putting pressure on the Treasury Department to resolve the issue, declined to criticize his fellow Republicans for not speaking out and noted that the first FDNY fund withdrawal appears to have occurred in the last few months of the Obama administration.

“My job is to get this situation corrected and not create division. These cutbacks began in the Obama administration and continued under this administration,” King said. “No purpose is served by focusing on disunity. Human lives are at stake.”

FDNY veterans who depend on the World Trade Center Health Program considered it insulting that Republicans are sitting on their hands while their 9/11 fund gets picked apart.

McKay explained that, thanks to regular screenings funded by the program, his firefighter brother’s 9/11-related kidney cancer was detected early.

“He’s alive today because of that,” McKay said.

Dr. David Prezant, the FDNY’s chief medical officer, who oversees the program, said that the Treasury Department clawbacks have prevented him from hiring some 20 medical professionals who would carry out screenings like the one that saved McKay’s brother.

“The fact that this money is being withheld is hampering our ability to hire physicians, nurses and support staff,” Prezant said Wednesday. “We have already seen an increase nearly back to our pre-COVID levels in people requesting or needing to be scheduled for followup monitoring. So, we’re now trying to squeeze all of these people in, with less staff than we need to serve them.”

A Treasury Department official said the administration is trying to resolve the issue by working with members of the congressional delegation, the city Finance Department and the federal Centers for Medicare & Medicaid Services, which owns the debt offset by the FDNY funds.

But as of late Wednesday nothing had changed, and the Treasury Department still hadn’t explained why it never gave Prezant a reason for withholding the funds, even though he says he inquired about one for years.

“Listen, New York owes money on a tab, I get it. But if the guy at the end of the bar owes a $200 bar tab, don’t take it from the next guy at the bar — that’s insulting,” Feal said. “New York City owes the feds money — take it from somewhere else, take it from City Hall. But to take from the FDNY after we busted our a—s? You know what? Shame on the Treasury and here you go: F–k Steve Mnuchin,” referring to the Treasury secretary.