Manhattan federal judge rips prosecutors, orders them to read 42 pages worth of homework 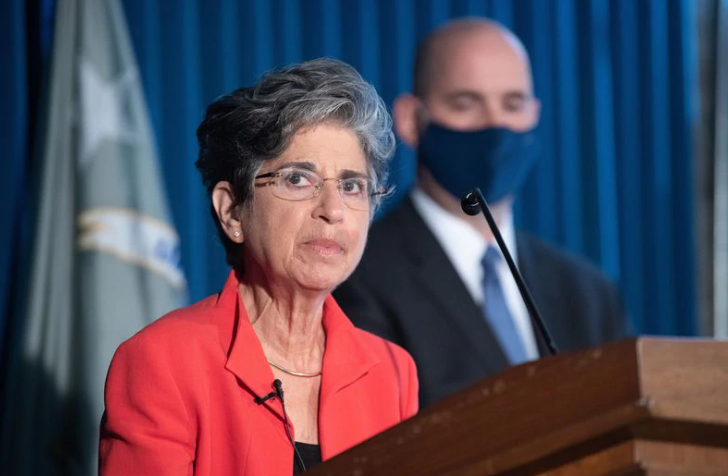 A Manhattan federal judge tore into prosecutors Wednesday for their handling of a now-dismissed criminal case in which they withheld crucial exculpatory evidence from the defense.

In a 42-page opinion, Judge Alison Nathan chastised Manhattan federal prosecutors and ordered their boss, Acting U.S. Attorney Audrey Strauss, to make her underlings read every word of it.

Nathan also ordered prosecutors to certify to her that they had read the decision.

Manhattan’s U.S. Attorney’s office has “a well- and hard-earned reputation for outstanding lawyers, fierce independence, and the highest of ethical standards,” Nathan wrote.

“The daily work of the prosecutors in that Office is critically important to the safety of our community and the rule of law. Those who stand up in court every day on behalf of that Office get the benefit of that reputation — but they also have the responsibility to maintain it.”

The since-dismissed case that raised Nathan’s hackles was against Ali Sadr Hashemi Nejad, who was accused of “violating American sanctions laws against Iran by moving millions of dollars in payments for his family business through the U.S. financial system.”

Charges that included conspiracy to defraud the United States, bank fraud and money laundering — and led to a guilty verdict in March — all got tossed because prosecutors failed to disclose documents to Sadr’s defense team.

“[I]n part because of its disclosure failures, the Government later agreed that the Court should grant Mr. Sadr’s motion for a new trial, vacate his guilty verdict, and dismiss the indictment against him with prejudice,” Nathan wrote.

By dismissing Sadr’s indictment “with prejudice,” Nathan barred prosecutors from retrying the case. The dismissal ended “this criminal proceeding with respect to Mr. Sadr — but it is not the end of the matter,” Nathan wrote.

“As this Court stated to the Government lawyers at trial and in several later orders, the serious and pervasive issues related to disclosure failures and misleading statements to the Court by at least one or more of the Government lawyers must be addressed separate and apart from the resolution of this case against Mr. Sadr.”

A call for comment from Strauss’ office was not immediately returned.