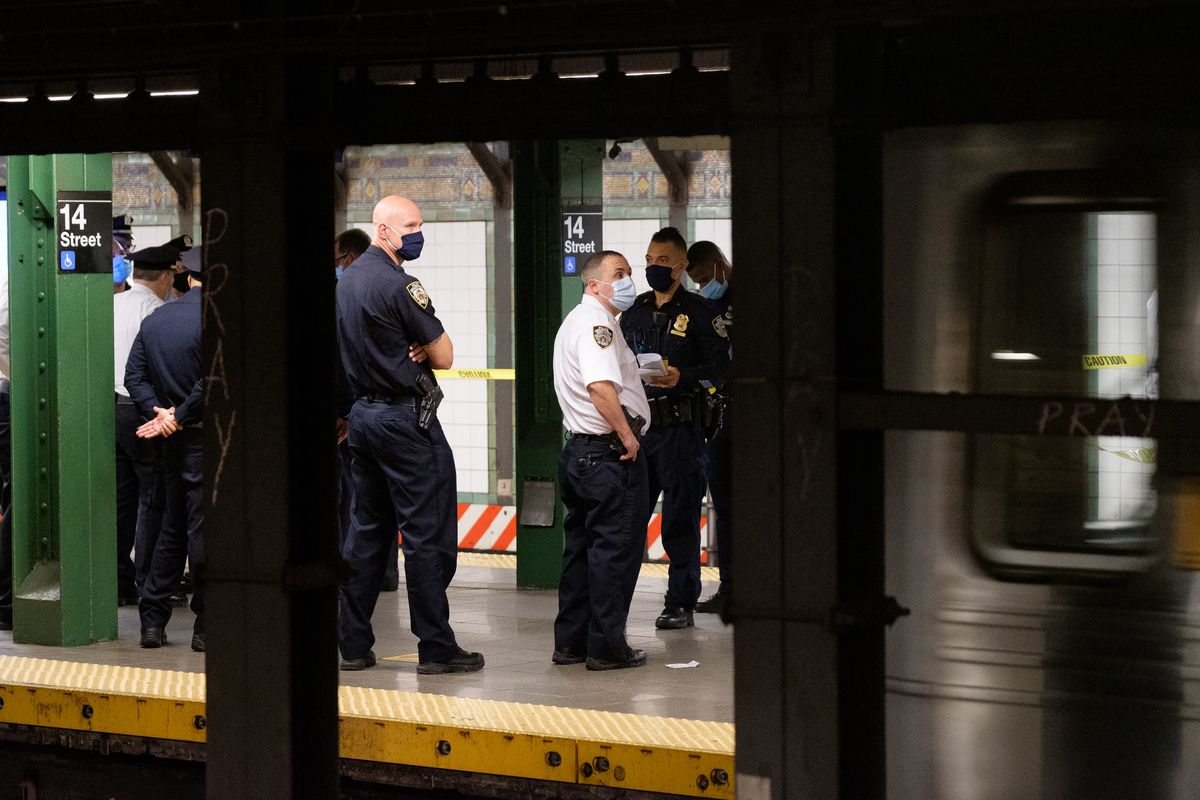 The 42-year-old victim was riding an uptown N train just before 5 p.m. when the robber approached and demanded his iPhone, police said.

The victim didn’t hand over his phone fast enough, so the crook shot him in his left leg and fled, NYPD Assistance Chief Vincent Coogan said. Another passenger followed the gunman as he left the station, but the suspect escaped.

As panicked commuters rushed out of the station, a pair of NYPD officers used a tourniquet to tie the victim’s leg and stop the bleeding.

“We saw a crowd coming towards us. People were ducking,” Officer Elijah Pardieu said. Pardieu and his partner, Officer Rajandeep Singh, saw the victim staggering, blood gushing from a bullet wound to his left leg.

“There was no exit wound. My partner gave me his tourniquet and I applied it,” Pardieu said. “The last thing we need is for someone to die. He’s in the hospital right now. He’s going to be OK.”

A transit worker described the frightening chaos at the station moments after the shooting.

“The customers came running up saying there was gunshot sounds. When I went down, they (medics) were lifting him up on a stretcher. He was shot in the leg,” the worker said.

Medics took him to Bellevue Hospital in stable condition.

Police believe the victim did not know his attacker, and said he had no prior criminal record, sources said.

Cops were looking for a man carrying a black revolver and a dark-colored duffel bag, sources said.

They were also taking a close look at surveillance images of the suspect, because his description is similar to a man who robbed a bank at Canal and Lafayette Sts. at gunpoint about 20 minutes earlier, sources said.