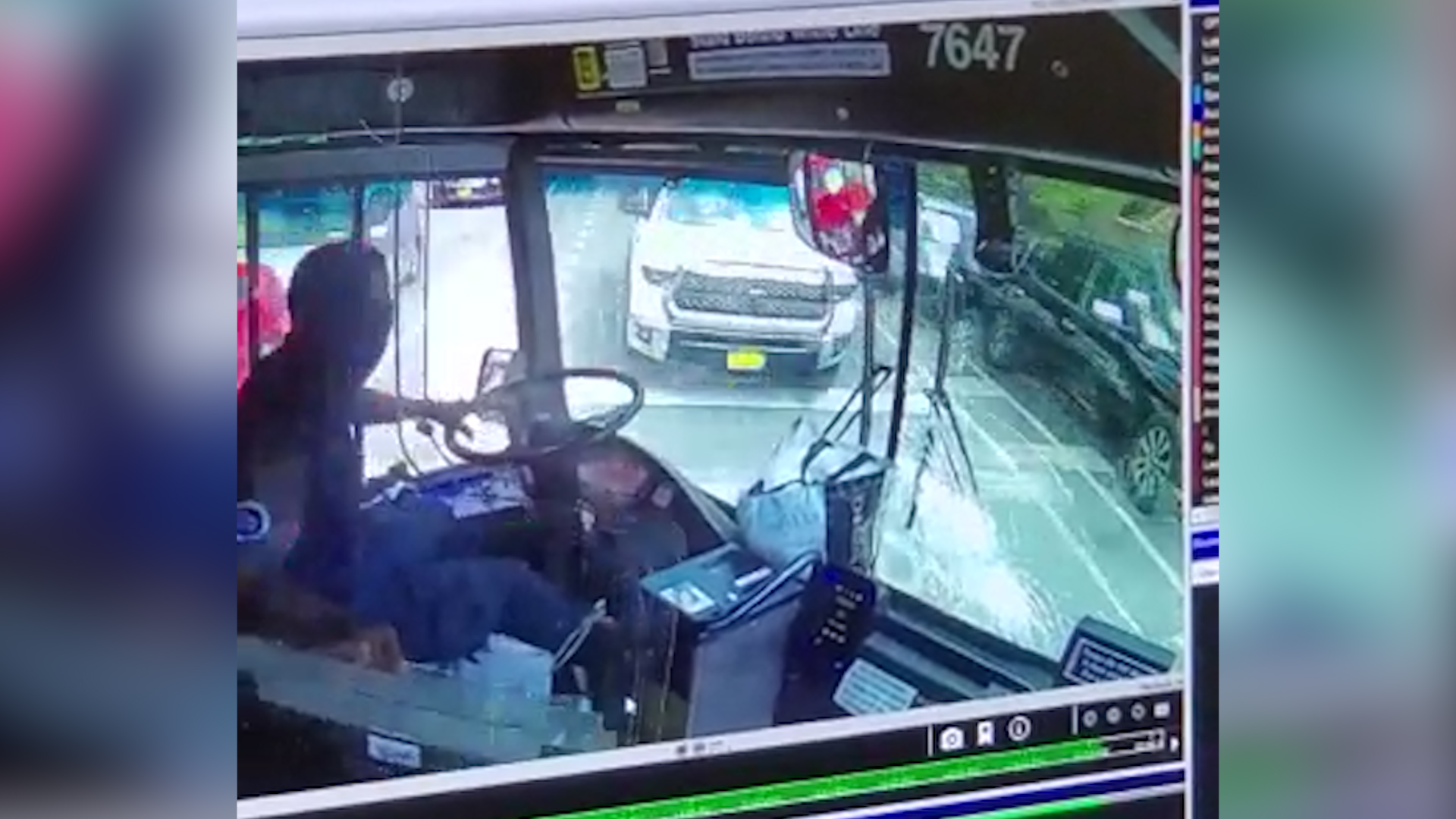 A city bus driver who crashed into a Brooklyn building on Monday had shopping bags at his feet as his bus sped out of control, video obtained by the Daily News shows.

The 59-year-old driver with 13 years of experience at NYC Transit told witnesses at the scene his foot got stuck between the pedals when he lost control of the southbound B49 bus around 1:55 p.m. at the corner of Bedford Ave. and Lincoln Rd.

The crash injured at least 14 people, and obliterated a doctor’s office on the building’s first floor.

Shocking footage from inside the bus shows the bus operator made a series of textbook mistakes before the accident. The video shows at least two full shopping bags at between his legs while the bus was parked on Bedford Ave.

The driver opens the bus’s protective barrier and leaves his seat — and then deactivates the bus’s brake before he closes the barrier or buckles his seatbelt, according to the footage.

When the brake was turned off, the bus immediately began to speed, striking a construction vehicle ahead of him. The driver wildly turns the wheel, sends the bus crashing into a row of parked cars and into the building at a high speed, the video shows.

“The video is disturbing on many levels, raising questions about whether basic safety rules were followed,” said MTA spokesman Tim Minton. “The incident remains under investigation and we will have more to say when that is complete.”

“I don’t want people to judge him by that video. This is a very good man,” said Patafio. “That video has a lot of different angles and they are showing just one angle.”

Patafio said the driver walked away from the crash with an injured wrist and is traumatized.