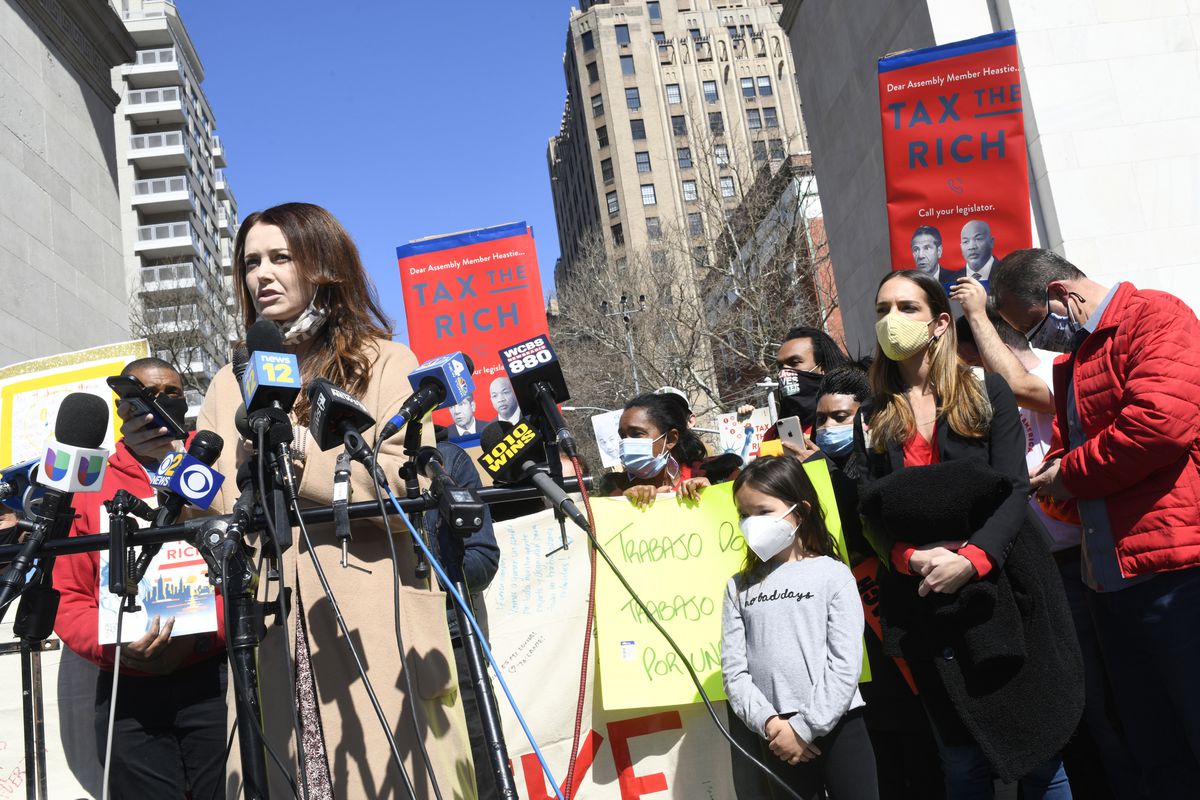 Embattled Gov. Cuomo’s first sexual harassment accuser urged Albany lawmakers to “do your job” and impeach him — ramping up the pressure at a march and rally Saturday that drew about 350 people.

“In December, I spoke truth to power on the harassment and bullying I faced working for Gov. Cuomo,” former aide Lindsey Boylan said at Washington Square Park.

“When the governor should have been focused on leading us at this pandemic, he was instead focused on covering up the deaths of 15,000 New Yorkers and smearing me and my reputation,” she added.

“The Assembly must act swiftly,” Boylan urged, adding: “The only way we can hold this governor accountable is to impeach him.” She then called on Heastie to “do the right thing. Do your job.”

The Assembly Judiciary Committee has launched an impeachment investigation. Separately, state Attorney General Letitia James tapped an independent law firm to do a probe into the sex harassment allegations.

“New Yorkers deserve a transparent and honest impeachment process, not a sham investigation led by people with ties to Gov. Cuomo,” Boylan said.

Boylan first tweeted her allegations against Cuomo in December then followed up in February with a fuller narrative of the alleged harassment. Since then, seven additional women, several of whom are former or current staffers, have alleged the governor acted inappropriately or sexually harassed them.

Other speakers also blasted Cuomo, saying he botched the handling of nursing homes during the coronavirus pandemic. At Heastie’s office, Natalie James, 40, of Astoria, Queens, held a sign depicting the “Monopoly Man” holding a money bag, with “Governor for the 1%” written on it.

“His coverup and attempted thwarting of a federal investigation of the nursing home casualty data is well documented,” James said. “That in and of itself should be enough to start the impeachment process.”

City Councilman Brad Lander (D-Brooklyn) cited the 110th anniversary of the Triangle Shirtwaist Factory Fire in Union Square that ended in “the deaths of 144 other essential and excluded workers”.

“Those folks were almost all women, were almost all immigrants, were low-income workers who also struggled to pay their rent,” said Lander, who is running for city comptroller.

“They were also failed by the governor of their day,” said Lander.