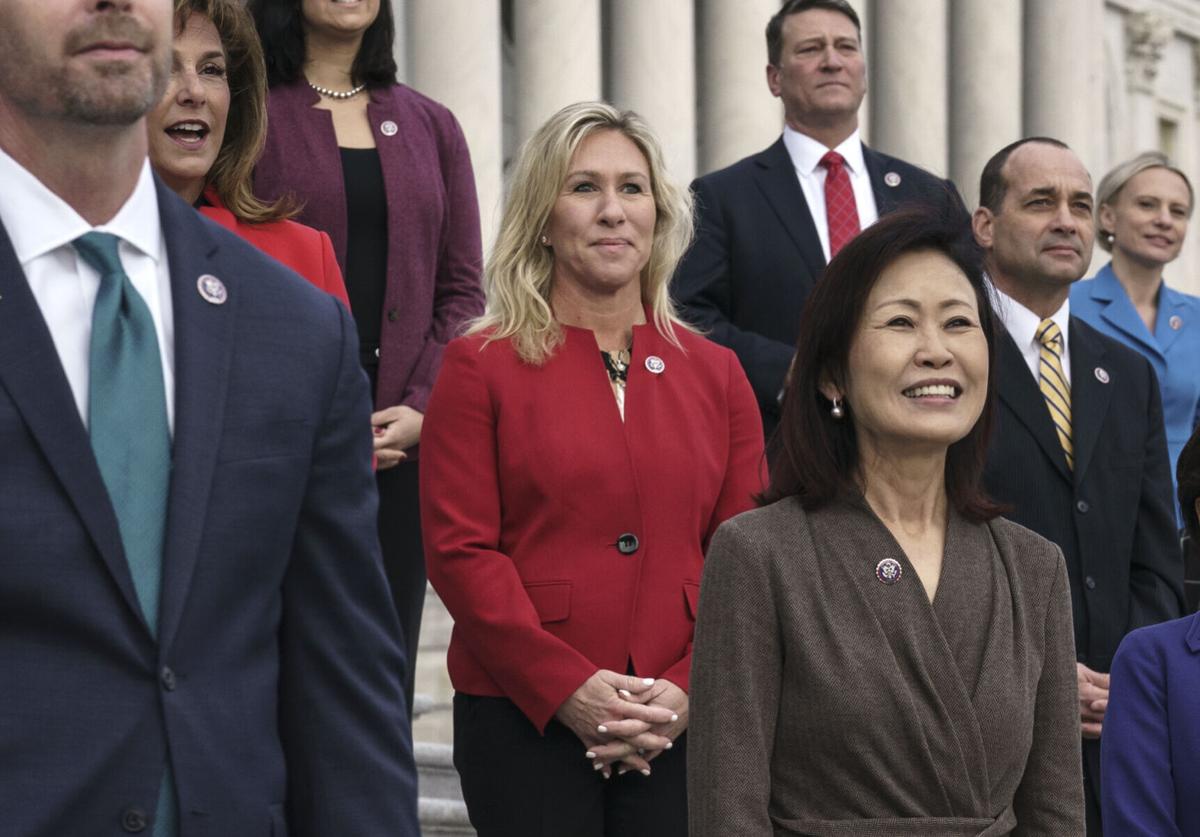 Embattled Rep. Marjorie Taylor Greene (R-Ga.) warned fellow Republicans Wednesday that they would be making a big mistake by punishing her for fomenting violence and spewing hateful lies.

Greene said liberal Democrats will only be emboldened if GOP leaders cave to demands that she face repercussions for her devotion to conspiracy theories and ex-President Trump.

“No matter what (GOP House leader Rep. Kevin McCarthy) does it would never be enough for the hate America Democrats,” Greene tweeted.

The GOP is girding for a nasty intramural fight over Greene’s fate as well as that of Rep. Liz Cheney (R-Wyo.), who angered some by voting to impeach Trump last month.

Republican lawmakers are poised to decide whether to punish Greene, perhaps by stripping her of committee assignments, or Cheney, who could be forced out of her slot as No. 3 Republican in the House.

Many GOP members are skittish about allowing Greene to represent the party because of her radical views. But she has the support of Trump, who in turn still commands the backing of his diehard #MAGA faithful.

Without action by Republicans, Democrats were threatening to force an embarrassing House vote Wednesday on removing Greene, R-Ga., from her assigned committees.

Republicans appointed Greene to the education committee, a decision that drew harsh criticism because of her suggestions that school shootings in Newtown, Connecticut, and Parkland, Florida, could be hoaxes. A House vote on removing her from the committee could be politically difficult for some Republicans.

The looming decisions over Cheney and Greene represent a moment of reckoning for a party struggling with its future.

“We can either become a fringe party that never wins elections or rebuild the big tent party of Reagan,” Maryland Gov. Larry Hogan, one of the few elected Republicans who routinely rebuked Trump, said in a written statement. Without mentioning Cheney or Greene, he added, “I urge congressional Republicans to make the right choice.”