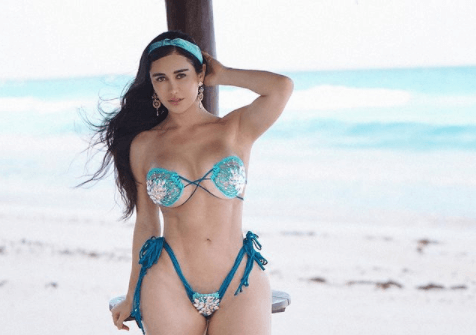 Joselyn Cano, a model and social media influencer known as the “Mexican Kim Kardashian,” has died following a botched medical procedure, according to multiple reports.

The California resident, who was also a fashion designer and had nearly 13 million followers on Instagram, died last week at age 30, the Akes Family Funeral Homes said in a YouTube video featuring her funeral.

Her family could not be reached and the woman’s swimwear business, Joselyn Cano Swimwear, did not return calls seeking comment. The company on Thursday shared a photo of what appears to be a resort on Instagram without any caption.

Friends and fans took to social media to pay tribute to the late model.

“Rest in peace beautiful!” tweeted Playboy model Daniella Chavez, who also shared an undated photo of her with Cano.

“She looked so good already wow prayers for her family she was so sweet,” model Lira Mercer wrote on Twitter.

Cano, who also posted content on OnlyFans, rose to fame in 2014 after appearing on the cover of Lowrider magazine, according to Colombian news outlet Noticias Caracol.

Her last post on Instagram came the day she reportedly died and featured a racy photo of her standing in front of a mirror.

“Good morning… wishing everyone an amazing day,” she wrote.