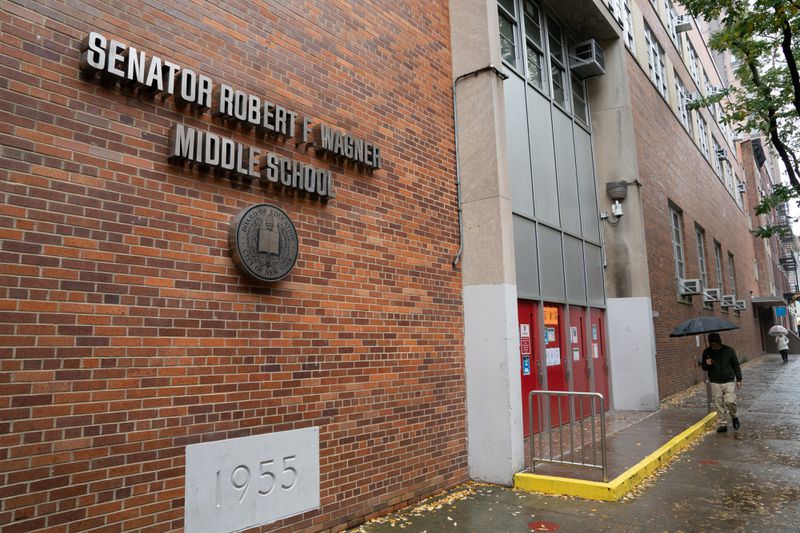 New York City middle schools won’t screen applicants based on grades, attendance or test scores this year, and high schools will be permanently barred from prioritizing students who live in their surrounding neighborhoods, officials were expected to announce Friday.

The new rules mark a major revamping of the city’s admissions process, and one that education advocates have long pushed for to address both the racial and economic segregation of the city’s schools and the upheaval of the COVID-19 pandemic.

They will have a ripple effect across the city’s public school system, immediately changing admissions rules at roughly 40% of middle schools and some of the city’s most coveted public high schools.

The middle school changes are temporary. Junior high schools won’t be able to rank students based on factors like tests scores, grades, attendance or auditions this year.

They will, however, still be able to restrict admission to students who live in the surrounding district. Officials said they kept that restriction in order to honor parents’ desires to keep commute times low for younger kids.

It wasn’t immediately clear how many of the city’s middle schools admit students only from their districts.

High schools will still be able to “screen” students for admission, but will no longer be able to give preference to students who live in the surrounding district.

That’s a major shift for Manhattan’s District 2, the city’s largest and one of its wealthiest.

The district — home to some of the city’s most coveted and selective public high schools including Eleanor Roosevelt High School — has long given preference to students who live in the area, including much of Lower Manhattan and the Upper East Side.

The shift to the high school geographic preference rule will be permanent, and comes on the heels of advocacy from some District 2 principals who have called for the rule to be scrapped in order to increase their schools’ racial and socioeconomic diversity.

The city’s eight specialized academic high schools, which include Stuyvesant and Brooklyn Tech, will still admit students based on the results of the Specialized High School Admissions Test which will be administered in-person at city middle schools beginning Jan. 27.

The city’s complex set of admissions rules for both middle and high schools has long been a stressful rite of passage for kids and parents — one that critics say contributes to the racial and socioeconomic segregation of city schools by concentrating white and wealthy families in a relatively small number of schools.

Officials signaled months ago they were considering changes to the admissions process to ensure the school selection rules didn’t unfairly punish students affected by the pandemic.

Many schools also changed their grading scales amid the pandemic, upending one of the main metrics schools use to select applicants.

High schools using grades in admissions decisions will now consider only marks from a student’s sixth grade year and the first part of their seventh grade year, before school buildings shuttered in March.

Many city parents and kids have been waiting with bated breath for the admissions changes, and watched the typical Dec. 4 application deadline come and go with no update.