Minorities and immigrants in N.Y. financially devastated due to pandemic: report 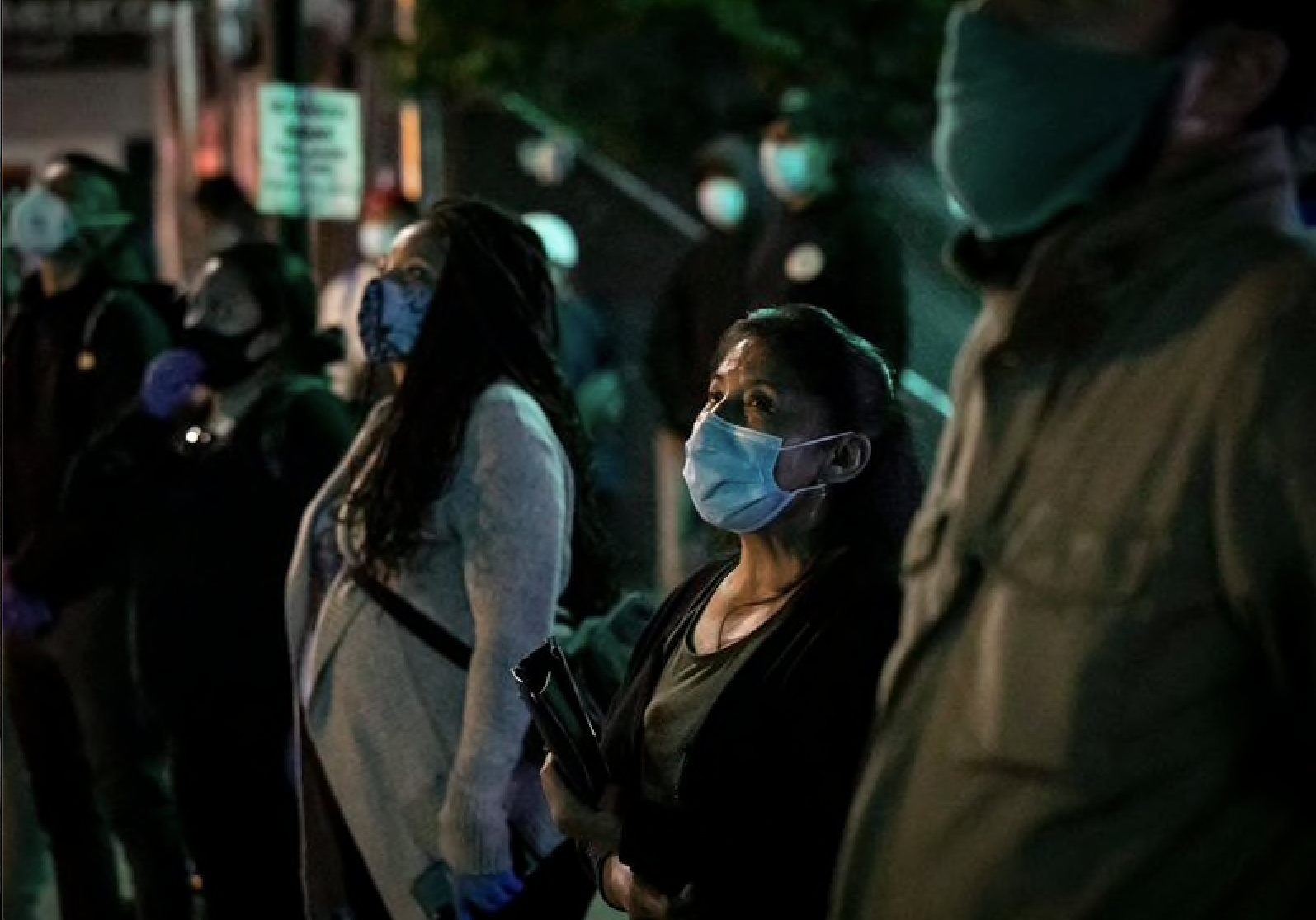 A new report set to be issued Tuesday highlights the economic toll the coronavirus crisis has taken on working-class immigrant and minority communities in New York.

The analysis, conducted by advocacy groups Make the Road New York and Hester Street, surveyed more than 200 individuals in May and again in late July and found that 66% of respondents were still out of work, close to 60% were unable to pay rent over the past three months, and 85% were worried about paying August rent.

“Back in May, the data we gathered demonstrated that Black, Brown and immigrant communities were hit the hardest by the health impacts of COVID – with far too many people getting sick and losing loved ones,” said Betsy MacLean, co-executive director of Hester Street. “Three months later, it’s clear that unless the government acts now, the very same communities will bear the brunt of the housing and economic impacts of the COVID crisis.”

The report found that 98% of undocumented respondents and 60% of citizens said they have received no state or federal assistance.

Undocumented New Yorkers have been completely shut out of federal stimulus funding as previous reports found COVID-19 has disproportionately killed and impacted those living in low income and immigrant communities.

Jobs have also been scarce for immigrants, who are not eligible for state unemployment benefits, with businesses shuttered for months and many industries in the city working with reduced staff.

Another 65% of respondents have at least one additional adult in their household who is unemployed because of the crisis.

“For several months now, I have been unemployed and worried every day about the health of my children, putting food on the table, and keeping a roof over our heads,” said Rosa Martinez, a Make the Road New York member who lives in Queens. “Families like mine have been left without work for months.”

Martinez and advocates say the state can take steps such as raising revenue through taxing the wealthy and creating a coronavirus fund for workers so far excluded from benefits.

Javier Valdes, the co-executive director of Make the Road New York said both the state and federal governments need to address the issue.

Our people cannot work, they cannot pay rent, and they have been excluded from federal and state relief,” he said “Our communities urgently need Governor Cuomo to finally take action by taxing billionaires, providing real resources to excluded workers, and canceling rent.”

Freeman Klopott, a spokesman for the state budget division, countered by saying that no tax increase could cover the potential $61 billion loss in revenue projected for the state over the next four years. He said its up to lawmakers in Washington to provide funds needed to assist the state.

“New Yorkers fought back this virus by standing together and divisive ad hominem attacks from self-appointed advocates may be more convincing if they weren’t the same exact ones year after year,” he added.