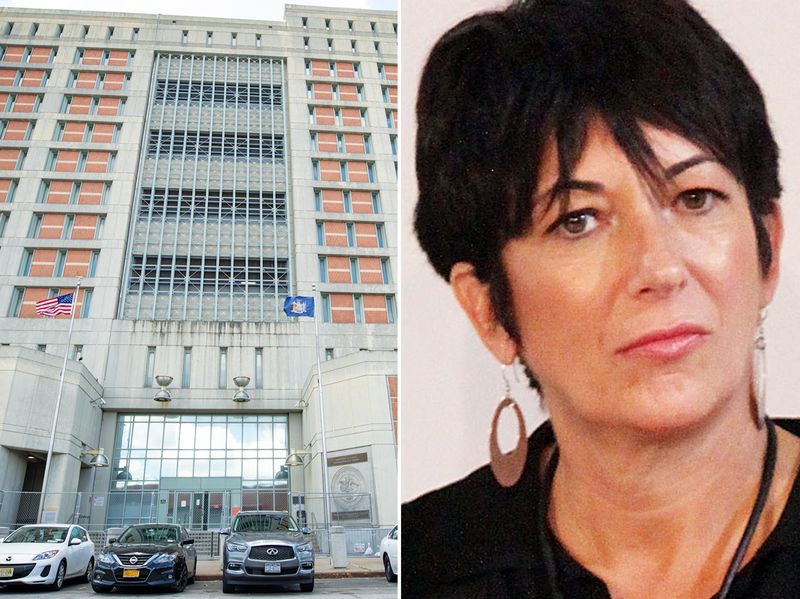 Ghislaine Maxwell says staff at a Brooklyn federal jail are going way overboard to prevent her from suffering the same fate as Jeffrey Epstein.

Maxwell is being held in “uniquely onerous conditions” at the Metropolitan Detention Center that prevent her from preparing a defense, her attorneys wrote Tuesday, asking that she be moved to general population.

“It has become apparent that the BOP’s treatment of Ms. Maxwell is a reaction to the circumstances surrounding the pretrial detention and death of Mr. Epstein,” attorney Christian Everdell wrote in a letter filed in Manhattan Federal Court Monday evening.

For 36 days, the rich British socialite has been monitored around the clock by surveillance cameras and prison guards, including ones who do not appear to be regular MDC staff, Everdell wrote.

“These prison guards constantly observe Ms. Maxwell and take notes on her every activity, including her phone conversations with defense counsel. Until recently, Ms. Maxwell was subjected to suicide watch protocols, including being woken up every few hours during the night and being forced to wear special clothing, despite the fact that she, unlike Mr. Epstein, has never been suicidal and was never diagnosed as exhibiting risk factors for suicide. Her cell is searched multiple times a day and she has been forced to undergo numerous body scans,” the letter reads.

Maxwell asks to be moved to general population, where she will be able to more easily access evidence.