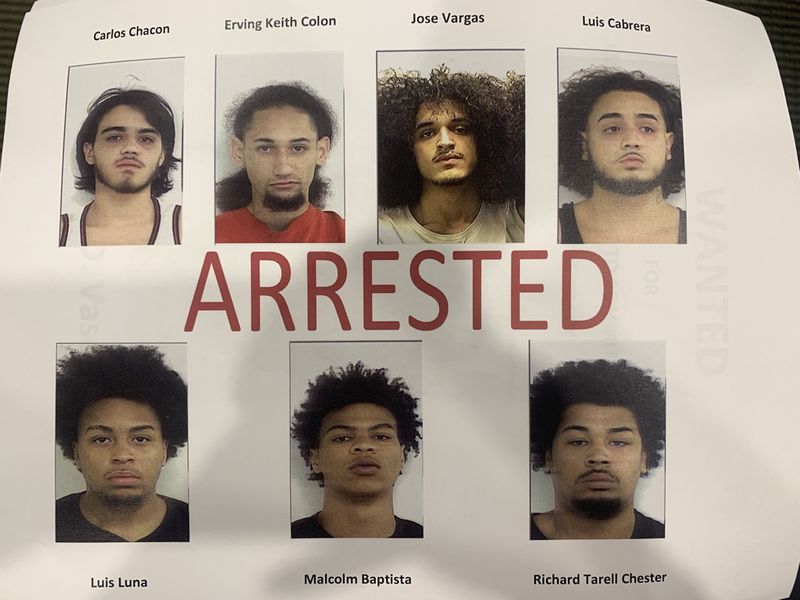 Eight men have been charged, one of them is still at large, after video appeared on Facebook of them sexually assaulting a teen as the others watched.

The 16-year-old girl’s ordeal occurred at a party last December, but all she could remember was a man holding her down on a bed and pouring Hennessey down her throat, the Boston Globe reported. That, and being naked in a shower, with 15 men laughing and photographing her, the newspaper reported from court records.

She woke up with vaginal pain and cuts on her thighs, the Globe said, citing police and court records.

But with nothing else to go on, Providence police were a bit stymied. Until someone posted the video in June. The victim’s mother found it and shared it with police, which broke the case open.

“The video was more than enough to see the crime and identify the culprits,” said Providence Police Major David Lapatin told the Globe. “It is sickening to see it. It was tough on the investigators. They did a really good job.”

Police arrested Richard Tarell Chester, 20, of Seekonk, Mass., and charged him with first-degree sexual assault with a person who was mentally incapacitated, and conspiracy, the Globe said. He was on video actually raping her and was being held without bail.

Also arrested, and charged with assault with intent to commit first-degree sexual assault on a person who was mentally incapacitated, and conspiracy, were Luis Cabrera, 19, Jose Vargas, 19, Erving Keith Colon, 25, Malcom Baptista, 19, and Luis N. Luna, 19, of Providence, the Globe reported. Police were still seeking Carlos Vasquez, 19, of Providence.