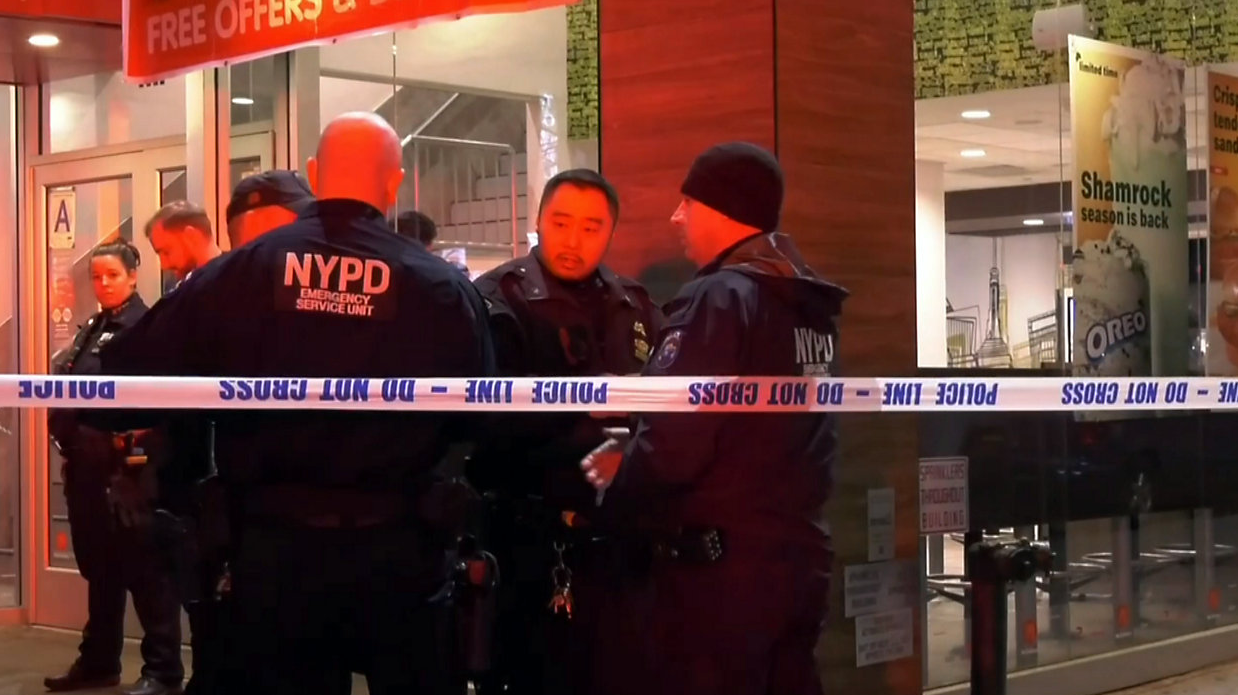 A search is underway for the person who police say stabbed a McDonald’s worker with a box cutter in East Harlem early Wednesday morning.

Investigators say the worker was slashed while trying to intervene in an argument between the attacker and another employee.

It happened just after midnight at the McDonald’s located at the corner of East 117th Street and Third Avenue.

Police say the suspect fled the scene before officers arrived.

The 31-year-old McDonald’s worker is at Harlem Hospital in critical but stable condition, according to police.

Anyone with information on the case should contact the Crime Stoppers hotline at 1-800-577-8477, or text CRIMES and then enter TIP577, or visit www.nypdcrimestoppers.com.

Just an avenue away, a 19-year-old Burger King worker was shot and killed during an attempted robbery in January.

The suspect in that case, Winston Glynn, 30, was arraigned on murder charges last week.

Police say he worked at the fast food restaurant on East 116th Street from April to December of 2020.