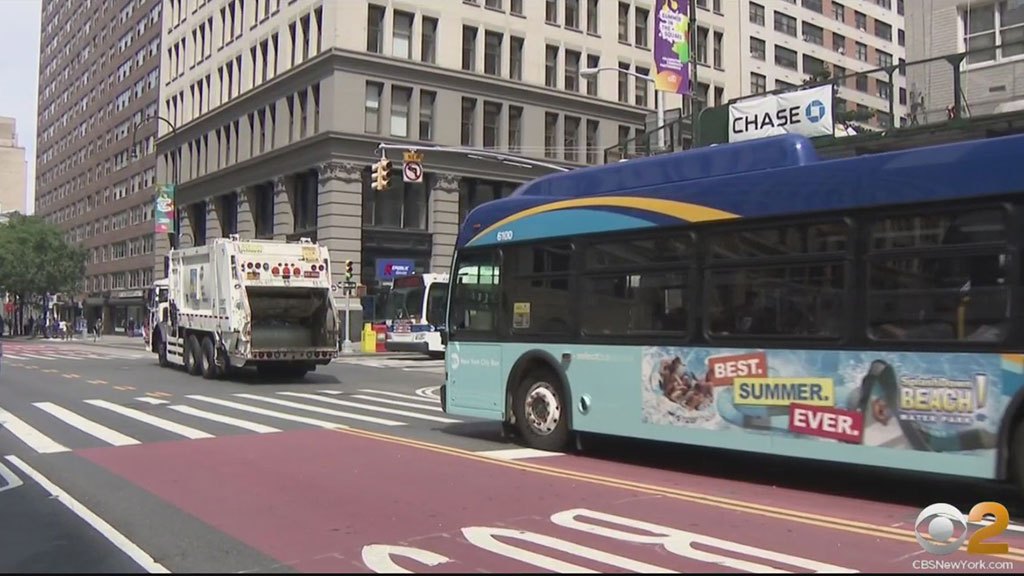 Back in October, the busy cross-town street was closed to commuters from 6 a.m. to 10 p.m. to improve up bus service in the area.

Some residents and business owners complained, but officials said within a few weeks the changes sped up service by 30%, and weekday ridership increased by 17%.

Now, the mayor says what was introduced as an 18-month pilot program will become permanent.

“The jury is back, the answer is it is a clear success. We are making the 14the Street busway permanent,” he announced during his daily briefing.

De Blasio also said the city plans to create 20 miles of new busways and bus lanes as more people head back to work.

“Just like the success we’ve seen on 14th Street in Manhattan, we’re going to add five new busways. They will launching on an urgent basis,” he said. “I want to see this happen as quickly as possible, because we need the help now. Given the crisis we’re in, we have to make it easier for people to get around.”

The changes will be implemented between June and October, starting with Main Street in Queens and 149th Street in the Bronx.

The mayor said this should improve the commute for 750,000 residents.