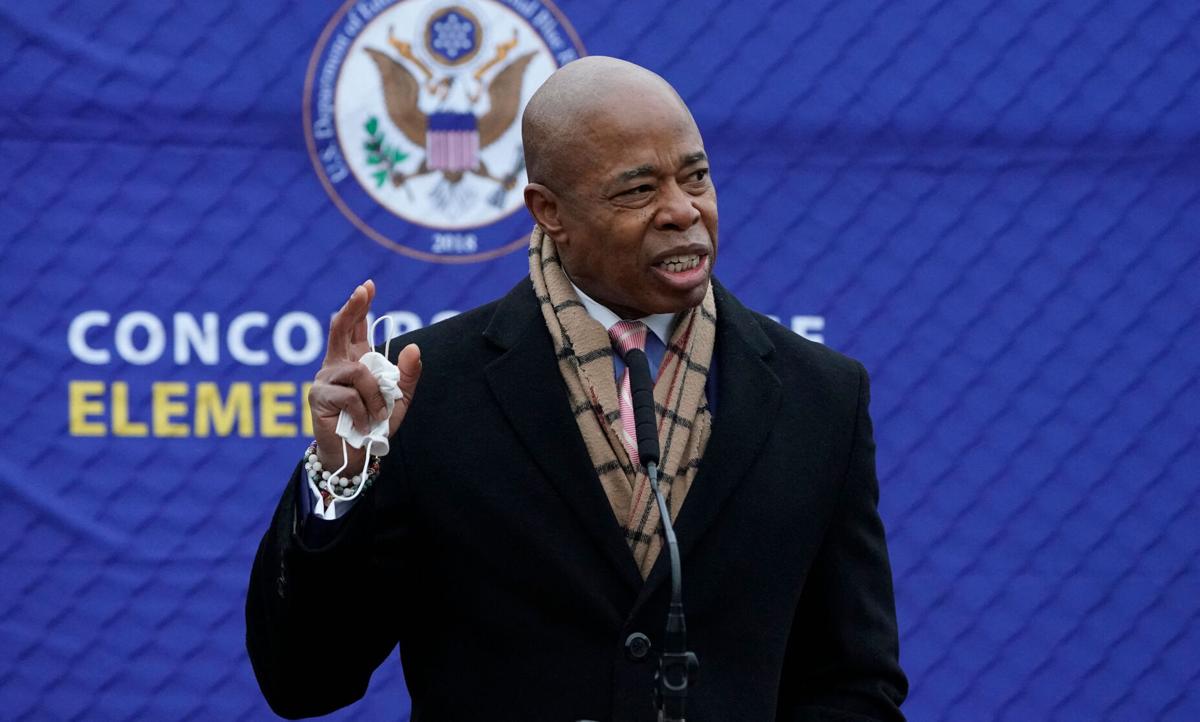 Mayor Adams on Tuesday did not rule out vetoing a bill that would extend voting rights to noncitizen New Yorkers, upsetting fellow Democrats in the City Council who say he’d flip-flop on a key campaign promise by torpedoing the legislation.

The bill, which would allow roughly 800,000 green card holders and immigrants with certain work visas to vote in local elections, passed the Council on Dec. 9, but Mayor Bill de Blasio never signed it before leaving office, giving Adams final say on the matter.

Speaking at an unrelated news conference Tuesday afternoon, Adams said he’s concerned about an aspect of the bill stipulating that an eligible noncitizen only has to be a city resident for 30 days to gain the right to vote — and affirmed he has asked his legal team to weigh his options, including potentially vetoing the measure.

“I’m not open or closed to anything,” he said when asked if he’s considering a veto, adding that his team will review the issue before he makes a “final determination.”

A Council bill automatically becomes law 30 days after passage unless a mayor vetoes it. Based on that time line, Adams has until Saturday to decide if he’s going to veto the noncitizen bill.

But some experts say it’s up for debate how the 30-day rule applies in this context, since Adams took office in the middle of the process.

“If the mayor fails to give public notice for and hold a public hearing on Council legislation within 20 days of passage he can neither sign nor veto it and it will lapse into law at the end of 30 days. We are beyond the time limit in this bill,” tweeted Jon Paul Lupo, de Blasio’s former director of intergovernmental affairs.

Regardless of the procedural question, Council members who voted for the noncitizen voting bill were taken aback by Adams’ opposition to the bill.

“Opposing it at this point is sort of a fringe position that I hope none of my fellow Dems would adopt,” said Queens City Councilwoman Tiffany Caban, who cast her first-ever Council vote for the noncitizen voting legislation. “There’s a nationwide Republican assault on voting rights, and that assault hinges on xenophobic, racist fearmongering about immigrants — and this bill represents an opportunity to counteract that.”

Another head-scratcher for some Council insiders is that Adams has long been a supporter of noncitizen voting in general — and the bill that passed the Council last year in particular.

In February 2021, he became one of the first candidates in the mayoral primary to announce his support for the bill — which at that point already had the 30-day residency rule baked into it. At the time, he called it a “moral and democratic responsibility” to pass the bill, which was written by former Manhattan Councilman Ydanis Rodriguez, a loyal Adams supporter who has since been appointed his transportation commissioner.

Rodriguez did not return a request for comment on Adams’ veto tease.

But ex-Brooklyn Councilman Carlos Menchaca, who was among the top sponsors of the bill alongside Rodriguez, said the measure’s 30-day residency requirement is based on state law about voting eligibility for citizens.

“If anyone wants to change that, go to the state to have that debate,” he said. “Otherwise we would have a multitier system to access democracy? Really? That doesn’t sound fair or equal.”

Adams’ openness to a veto could land him on the bad side of the Council’s large contingent of incoming left-leaning Democrats.

The Council has the power to override a veto if it can muster support to do so from two-thirds of its members.

The bill was originally passed by a 33-to-14 margin — just one vote shy of the 34 needed for an override. But the margin may be wider if the same bill came up for a vote in this Council, which appears to be more progressive than the last.

The political ramifications of a veto are also considerable for Adams, who got off to a shaky start with this Council by having his team support the losing candidate in the chamber’s speaker race.

“It’s not a constitutional bill. It violates the state Constitution, and it violates state election law,” Yeger said. “I hope he vetoes it.”