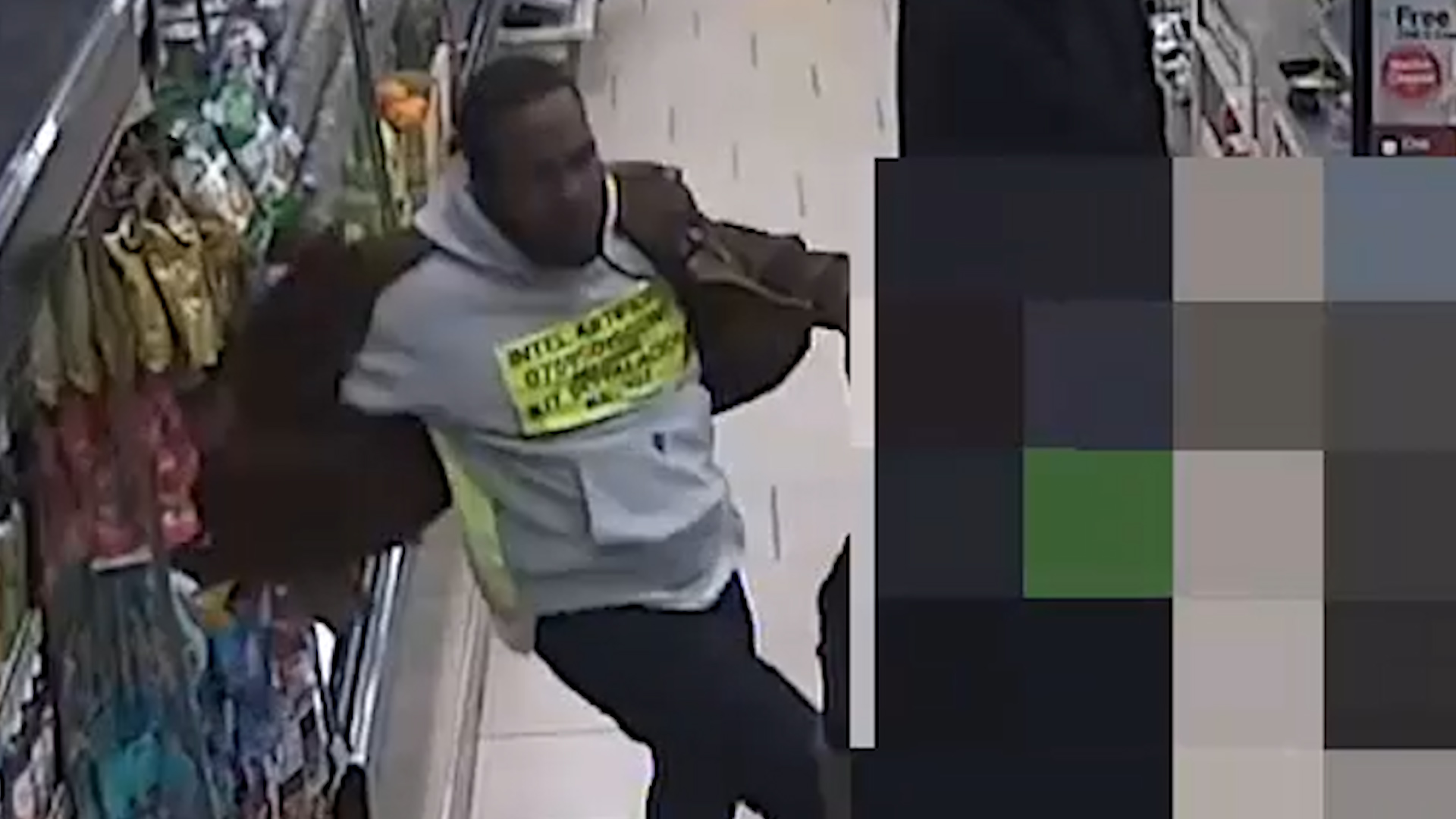 A Manhattan 7-Eleven worker was pummeled by a shoplifter who called him an “Asian motherf—er” during the caught-on-video attack, police said Tuesday.

The assailant tried to steal something from the 7-Eleven on Eighth Ave. near W. 37th St. about 5:45 a.m. Saturday and was confronted by the 26-year-old worker, cops said.

The shoplifter repeatedly punched the worker in the face before running off.

Cops released surveillance video of the attack and asked the public’s help identifying the assailant and tracking him down.

The attack is being investigated as a possible hate crime.

“I have no doubt in a short time we will apprehend the individual,” NYPD Commissioner Dermot Shea told NY1 Tuesday morning. “We have to stand up and be really serious about speaking up about these anti-Asian hate crimes that we’re seeing, but we’re also seeing an increase of assaults against the elderly, regardless of whether they’re Asian, Hispanic, White, African American. It’s disheartening to say the least.”

Police describe the suspect as dark-skinned with a medium build and facial hair. He was wearing a brown jacket over a gray hoodie adorned with a yellow patch with letters on the front.

Anyone with information about him is asked to call Crime Stoppers at (800) 577-TIPS. All calls will be kept confidential.

Shea on Tuesday said people with mental illness are behind many recent assaults against strangers.

“We also have to remember that this is a crime and people need to be held accountable,” Shea said.

“There are a lot of people who suffer from mental illness who are not committing crimes across New York City. There’s a process in place to hold people accountable and (if) they cant be held accountable because of mental illness then lets get them the treatment they need. But you can’t turn a city into an experiment and that’s what we are doing right now. People are afraid to go out to the street.”