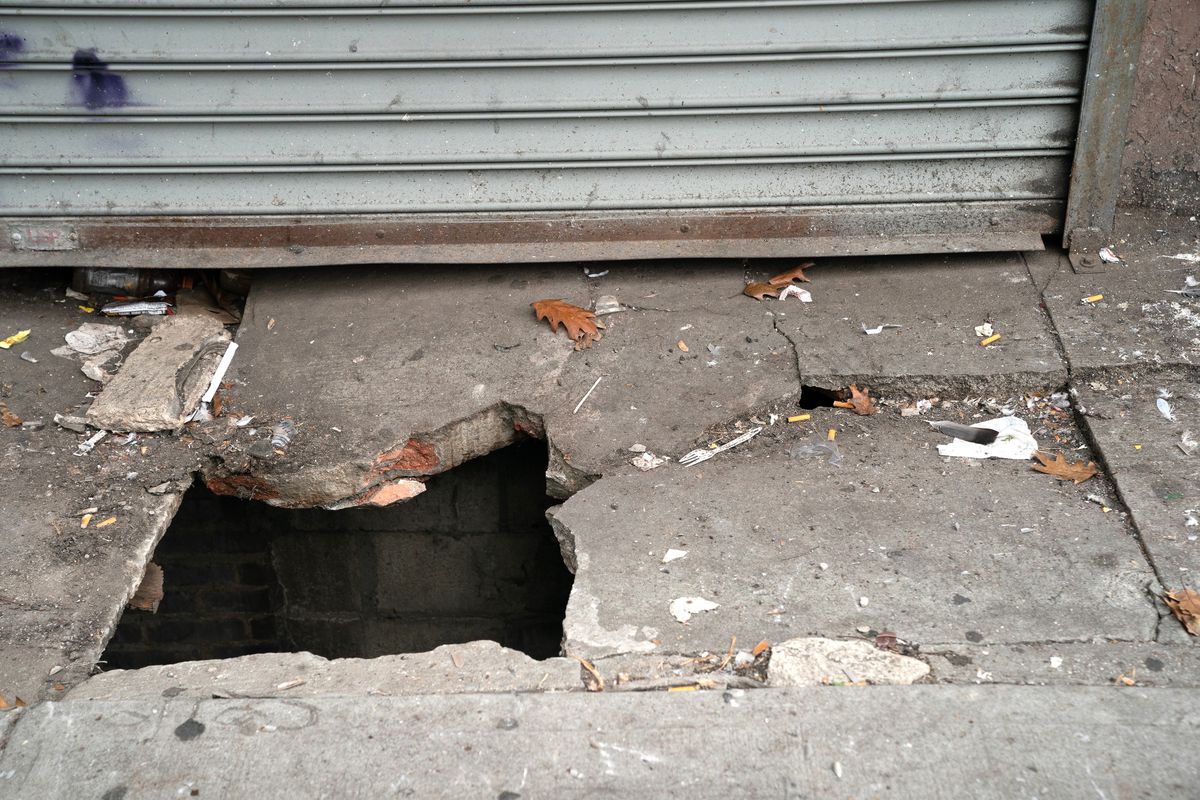 A man who plunged into a pile of squirming rats after a sidewalk opened up underneath him is suing the Bronx building owner responsible for maintenance of the property that gave way.

Leonard Shoulders, 33, broke his arm and leg after tumbling 15 feet Oct. 24 — and though he was in pain from the fall, he dared not let out a scream. “He didn’t want the rats going into his mouth,” his brother, Greg White, told reporters.

Shoulders was walking to a bus stop on Third Ave. near E. 183rd St. in Belmont when the ground cracked open and he dropped into the dilapidated vault below.

The city Buildings Department issued a full vacate order on the building next to the sinkhole, after finding the vault, or basement space underneath the sidewalk, had fallen into disrepair.

In a lawsuit filed Monday in Bronx Supreme Court, Shoulders accused the building owner, EH & HD 183rd Realty LLC, of failing to maintain the sidewalk or the basement below.