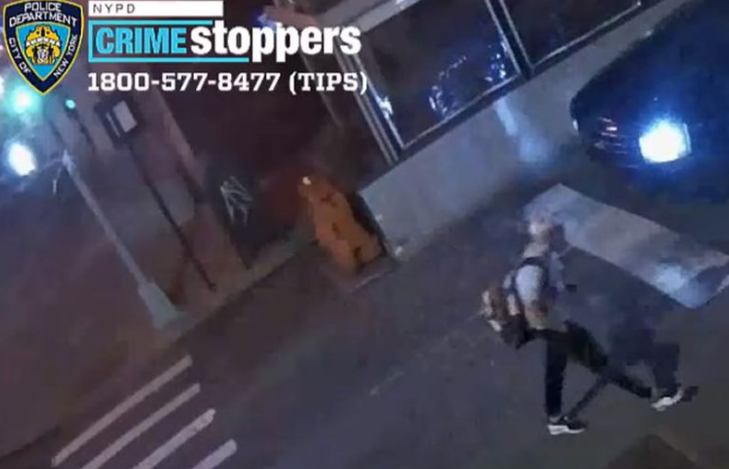 A racist attacker went on a disturbing anti-Asian assault spree in Manhattan, punching, elbowing and shoving seven women in just over two hours, and police Tuesday asked for help finding the suspect.

The attacker, who was described as a man with a light complexion and blond hair, said nothing as he made his way downtown Sunday, attacking women from Midtown to Nolita, and back up to Greenwich Village.

Anti-Asian hate crimes were already on the rise in New York this year, with seven as of Feb. 23 compared with three in the same timeframe last year, according to the NYPD. The suspect’s spree appeared to have doubled that number in a single night.

Manhattan District Attorney Alvin Bragg has said his office was currently prosecuting 33 anti-Asian hate crimes, the most since the DA’s hate crimes unit was established in 2010.

The spree comes just weeks after the city saw two random murders of Asian women in Manhattan. Christina Lee, 35, was stalked and stabbed to death by a homeless man who followed her into her Chrystie St. apartment on Feb. 13, according to cops, while Michelle Go, 40, was shoved by a stranger in front of a Times Square subway on Jan. 15.

Though both victims were Asian, investigators have not ruled either killing a hate crime.

The NYPD reassigned the head of its Hate Crimes Task Force last month, as part of a shakeup, after Mayor Adams suggested he’d make changes following a report that an Asian crime victim claimed her allegations of bias weren’t taken seriously.

The man wore a light blue T-shirt, dark-colored pants, dark-colored shoes and a multicolored backpack. Cops are asking anyone with information about the suspect to call Crime Stoppers at (800) 577-TIPS.