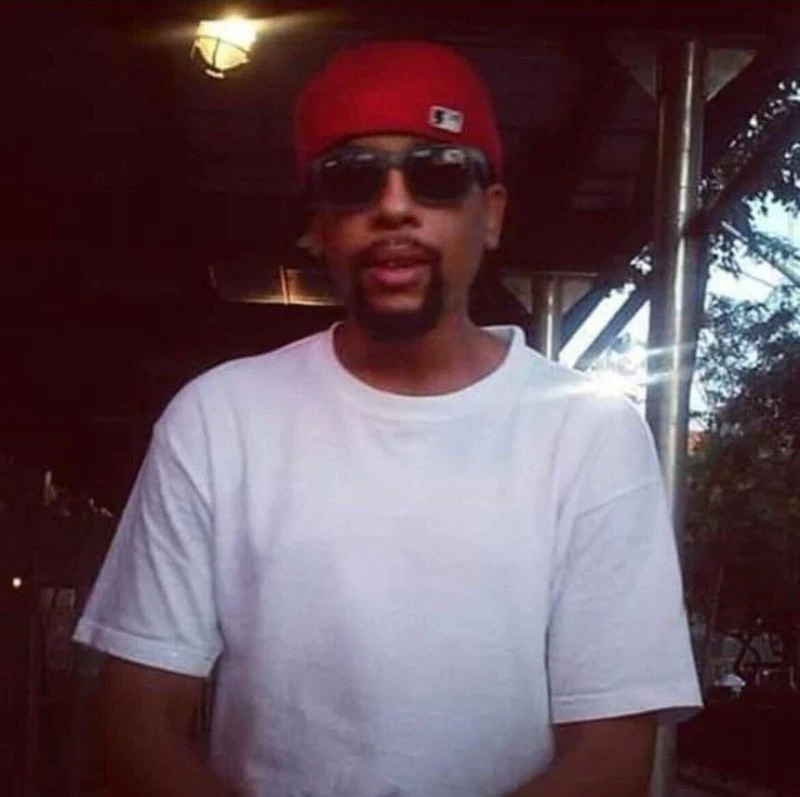 A man shot on a Brooklyn street in apparent retaliation for slashing the gunman was on his way to visit his young daughter when he was killed, grieving relatives said Monday.

Yusef Dinkins was gunned down after getting into an altercation with his killer in the Kennedy Fried Chicken at Hicks and Mill Sts. in Red Hook about 6:40 p.m. on Sunday, cops said.

The slashed gunman, not badly hurt, confronted Dinkins, 33, outside, firing at least five shots and striking him in the upper body and arm, police said.

Relatives said Dinkins was on his way to see his 6-year-old daughter when he was killed.

“He loved his daughter,” the victim’s distraught brother Jeremiah Dinkins, 32, told reporters. “He loved his family.”

Medics rushed Dinkins to NYU Langone Hospital-Brooklyn, where he died. He lived near the shooting scene in the Red Hook Houses.

It is not yet clear what sparked the slashing that led to the shooting.

Cops chased down Dinkins’ alleged killer. The 20-year-old suspected shooter was being questioned at the 76th Precinct stationhouse, where cops expect to charge him.

In the aftermath of the shooting, shell casings, a cell phone and a Gucci baseball cap littered the bloodied sidewalk.

Dinkins had been arrested a number of times in the past and was due in court April 25 for a felony assault case in which he was accused of attacking a senior citizen, according to records.

But Dinkins’ family described him as a family-oriented father who doted on his daughter. His brother said Dinkins was on his way to see the little girl when he and the shooter crossed paths.

“He was loving, caring,” said Jeremiah Dinkins. “He was a father and he was everything he was supposed to be.”

The family said they did not know if the girl’s mom had told his daughter about the shooting.

Jeremiah said Dinkins was self-employed and dabbled in construction. The brother said Dinkins helped people in the Red Hook Houses, especially the elderly.

Whitney Slade, 33, who has been dating Jeremiah since 2017 said she considered Yusef to be like a brother.

“He just helped me pay to go to North Carolina to see my mom,” Slade said. A short time later her mother died, she said.

Cousin Terrell Cherry, 35, said he would miss Dinkins’ laugh and smile. Cherry’s own brother, Aaron Cherry, 34 was killed outside a Red Hook Houses building, knifed in the neck on Christmas Day.

An ex-con, Monie Jackson, 58, was arrested days later for murder and weapon possession.

Cherry’s death was one of at least three homicides outside the sprawling Red Hook Houses last year.

“It needs to stop,” Slade said Monday about the violence.

“Because everybody knows one another. And we all growing up in the same area. And everybody has kids and the elderly are around. How are we going to be able to move forward and do anything better if this continuously keeps happening? Over mediocre bulls–t that just could be talked about.”