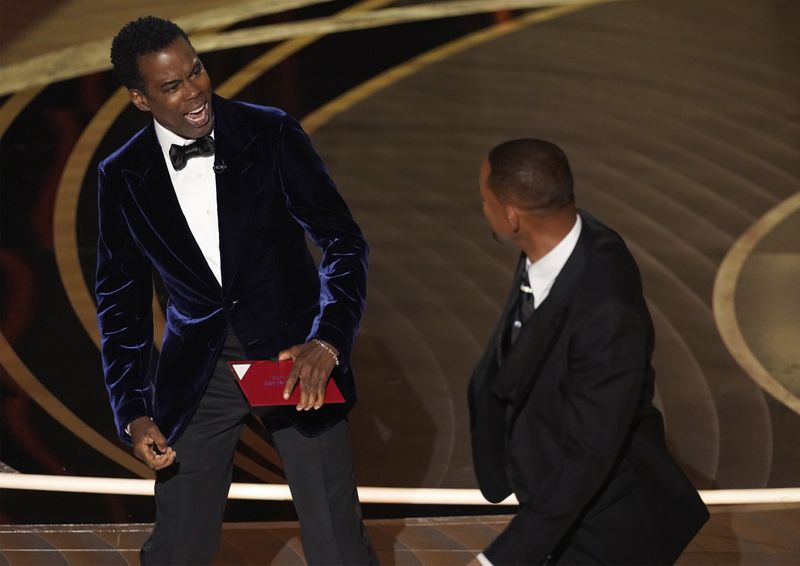 Howard Stern was as shocked as anyone else when Will Smith slapped Chris Rock at Sunday’s Academy Awards — and he’s certain the Oscar-winning actor wouldn’t have behaved that way with a more buff presenter.

“If Jason Momoa had made that joke, Will Smith, like a b–ch, would have said, ‘Thank you for acknowledging my wife, Mr. Momoa,’” Stern said on his Monday SiriusXM show.

The reference was to the hulking “Aquaman” star, who stands 6′5 and weighs more than 200 lbs.

Rock was attacked on stage after making a joke about the lack of hair on Smith’s wife, Jada Pinkett Smith, who has an auto-immune condition.

Stern, sympathetic to Rock, talked about how much larger Smith is now than he was in the 1990s, when he came to fame as a rapping sitcom star. Smith has since transformed into an action movie hero and played heavyweight champion Muhammad Ali.

Not only was Smith allowed to stay in Los Angeles’s Dolby Theatre after smacking Rock Sunday — much to Stern’s chagrin — but he was later handed the Academy Award for best actor.

“What happened afterwards was disturbing to me,” Stern said. “Will Smith sits back down in his chair. He clearly has an emotional problem.”

Stern called Rock “a gentle soul,” said Smith “is clearly insane” and marveled over the fact Rock was able to maintained his composure and that Smith remained in the building. He said Smith got away with what he did because he’s a big celebrity.

“Let’s say Jessica Chastain’s husband walked up on stage and smacked Chris Rock, you don’t think they would have called the police and say, ‘we’ve got a mad man on the loose?’”

Stern also said that if someone sitting courtside at a basketball game assaulted a player, they’d be hauled off immediately by law enforcement. That, he believes, should have happened Sunday night.

“Here’s Hollywood that’s so outraged by every little thing — not one person got up and said, ‘Hold on, we’ve got an out of control situation here,’” Stern said. “How this guy was allowed to sit there for the rest of the awards, and he’s laughing it up and having a good time with his wife… he just assaulted Chris Rock.”

“What you saw on TV was a guy who’s got real issues,” he said.